For Your Great Name’s Sake! Hear Us … Forgive Us … Heal Us!” 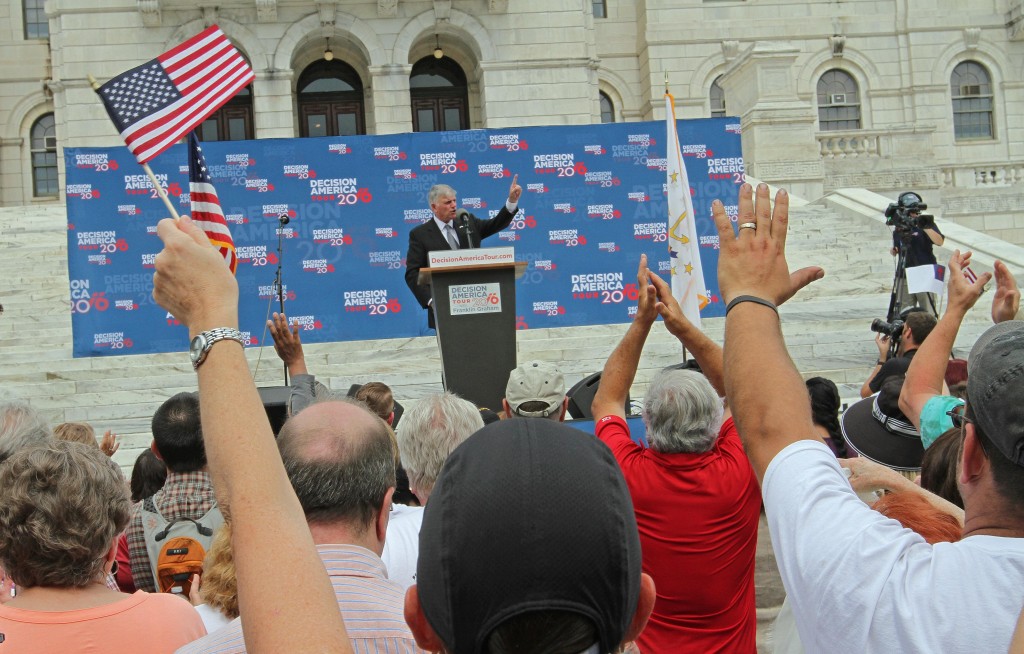 A couple months ago, I received a phone call that made my heart leap with joy.

My camera, lost or stolen at the Franklin Graham Decision America Tour, Sept. 1, at the Rhode Island Statehouse, in Providence, had surfaced six months later. In Virginia.

The man on the other end of the line early that Monday afternoon in February said he had been working sound with Decision America the day the tour came to Rhode Island, had found my camera and culled through more than 800 images stored on it to track me down to return it to me.

It was an amazing answer to prayer – not just mine, but also those of the many other   s who prayed with me for the camera’s safe return once I realized the camera was missing, on the way up to filing a report with the Capitol Police and after I left the Statehouse and shared the sad news of its loss with a handful of others.

The Capitol police officer who took my report was skeptical I would ever see the camera again. And as a reporter who has covered the police beat and courts, I could understand his matter-of-fact perspective. But as a Christian, I kept thinking and saying and praying, “Nothing is impossible with You, God.”

It wasn’t the camera alone that was important – it had been a birthday gift the previous year from a dear friend concerned I was missing my kids’ growing up years with no photos because our other camera, broken, had not been replaced.

The images captured on the camera in the week leading up to the Franklin Graham Decision America Tour stop in Providence were precious and irreplaceable. The previous Thursday, on Aug. 25, the kids and I had visited McCoy Stadium so the kids could take in a PawSox game, a reward for completing the summer reading program at the library.

Part of the perks is each child gets to announce him- or herself to those in the stadium, using the microphone that so amplifies their voices that they reverberate throughout the stadium. A camera simultaneously projects the mini interviews with each child onto the big screen in the outfield. When a child’s turn is over, their little feet step onto the well-manicured outfield and stroll across the grassy green carpet to exit on the other side.

This last year, my then-4-year-old, who has been nimbly navigating the spoken English word since she was 2, and who has announced herself before, forgot her name. Videographer Mom was on the scene to capture the moment. That wasn’t the only precious moment in the image banks of the camera’s SD card.

The following Monday, Aug. 29, four days before Franklin Graham alighted in Providence, my father – “Papa,” to my kids – had celebrated his 75th birthday with a tea party with my two girls at our home. My parents had made the drive from Connecticut, two hours each way, to visit and rejoice with us. In addition to taking photos, I videoed part of that high tea my kids enjoyed with their Papa.

As the MasterCard commercials go – Camera: $149.99. Video of 4-year-old forgetting name while announcing it at ballpark and photos and video of kids’ celebrating Papa’s 75th birthday at the Providence Tea Party: PRICELESS.

My husband had uploaded many of the earlier photos from the summer the previous week, but we hadn’t uploaded these fresher ones. Nor had I cleared my camera card of the previous photos, which would prove fortuitous. 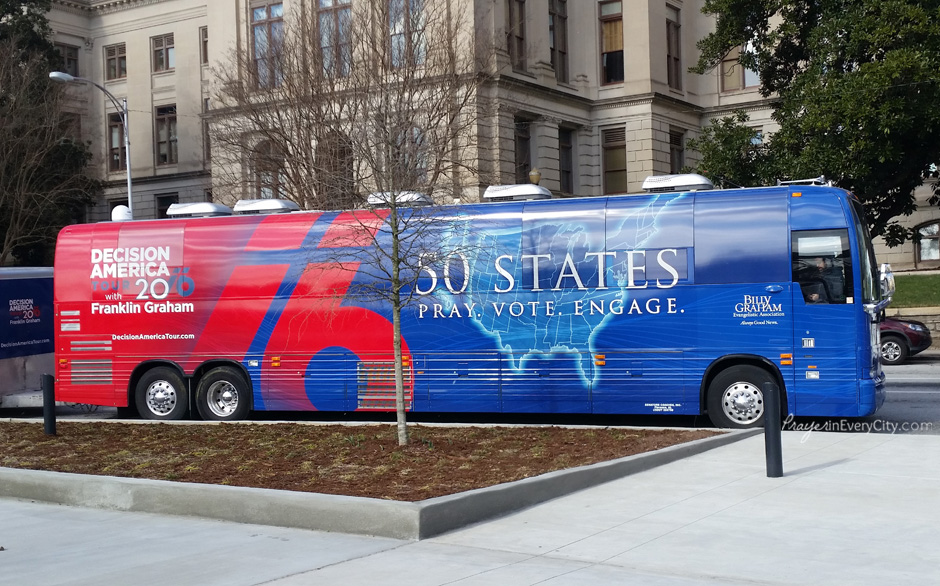 My youngest in tow, we walked to the edge of the brick plaza at the bottom of the statehouse stairs, across from Providence Place Mall. There at a corner of the plaza where Franklin Graham and his crew had set up, we spread a quilt on the lawn, damp with dew and raindrops.

The crowd gathering already numbered in the hundreds, and thanks to the blessing of cell phones, we were able to connect with friends we were meeting.

I was taking pictures and watching my daughter, trying to capture and absorb what Franklin Graham said. One of my dear friends who has faithfully participated in Pray the Paper, a grassroots prayer ministry I founded on the 2014 anniversary of Roe v. Wade, had joined me with her husband. We were sitting on the blanket, with my camera there beside me, when we noticed a woman stumbling up the hillside toward us.

She looked homeless, but she told us her name, used some Christian language and said her back and body were troubling her. Not wanting to stereotype and thinking of Christ’s words, “Whatever you did for the least of these, you did for Me,” I invited her to sit on the quilt and rest with us, at which point, she promptly fell onto the exact spot where my camera was.

I was troubled by this. But I did not want to offend, especially, where Franklin Graham was there to promote the things of God and the Gospel, I didn’t say anything to her. I reasoned that my friend and her husband were on the quilt with me, and that we could keep an eye on things.

At some point, though, my 4-year-old decided to stretch her legs. As a mother charged with the responsibility for this God-given precious cargo, my child, I had to attend to her and her needs. My friend and her husband were still sitting there, and I felt some comfort they were.

The unknown woman continued to lounge on the quilt on top of the camera and was there for most of the program. At one point, toward the end, however, I noticed she was gone, and so was my camera.

We immediately prayed for her and asked God to bless her with saving faith if she were not truly a Christian and had, indeed, stolen my camera. We scanned the crowd for her, and I retraced my steps. Nothing.

I went to Franklin Graham’s people, mentioned the missing camera and asked about a lost-and-found. None of the items turned in was my camera. I gave my contact information to the person who was in charge of that for the Tour. Nothing.

But I prayed some more. I learned from some people still there someone had mounted a drone for the event. I asked if they would scan the footage to see whether it had captured the person who took my camera. Nothing.

But they stopped and prayed with me. I walked up the hill to file a report with the Capitol police. On our way in, we met a woman who had attended on her way out of the building. She and I stopped and chatted and prayed. Nothing.

But more prayers followed with a group of others who had attended and who were gathered on the steps of the Statehouse, outside the lobby. Nothing.

I shared the news with a friend who had attended Decision America separately, and she and I prayed, and she accompanied me on a trip to a couple pawn shops to see whether the camera had been pawned. Nothing.

We prayed some more. Although the camera was out of my hands and in someone else’s, it was still in God’s hands, under His sovereign care. He knew where it was, who had it and how long it would take to restore it to me.

I had intentions to write an open letter to the woman I thought had taken the camera in The Good News Today, but life happened, and I never got around to it.

I was confident the camera would turn up, but days passed. Then weeks. Then months. Occasionally, God would put this on my heart for follow-up, but being busy, I would pray.

When the call came at 1:24 p.m., Feb. 20, the camera wasn’t even an afterthought as I worked on a story about the Go! Conference for the March issue of The Good News Today. I had been exchanging e-mails about deadlines and style preferences to determine whether we’d be able to squeeze in a visit with my parents on the first day of my kids’ winter break.

I was sitting at my desk when the phone rang. I looked at the caller ID and noticed a name I didn’t recognize and a number with an out-of-state area code, in Virginia. I thought it was probably an annoying telemarketer, but I decided to answer anyway, at which point the man on the other end, Dan Keeney, asked for me by name.

He explained he had found my camera in Virginia and had searched through the bank of more than 800 photos to find clues that would identify the owner of the camera.

BINGO! His perseverance paid off when he found a picture of my church’s sign, where the kids and I had been weeding earlier, that spring, for an American Heritage Girls service project. Another photo had my older daughter’s name written on a lunch bag for her school trip to the zoo. 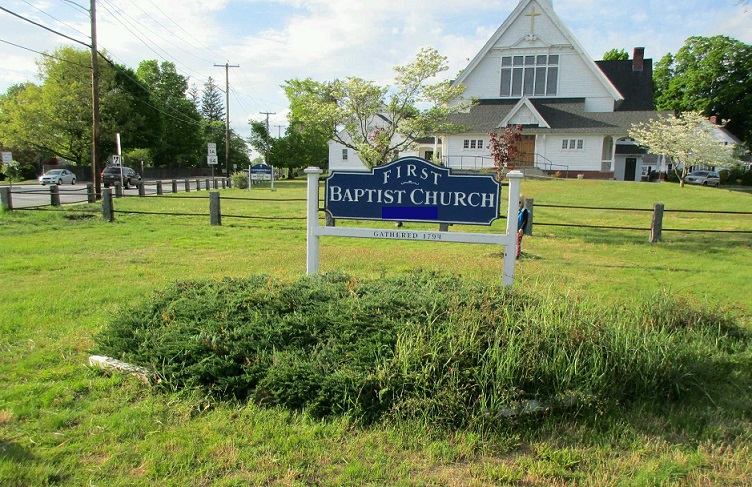 With the church’s name and our family name, he found the church on the Internet and contacted our pastor through the Web site with this message, which my pastor forwarded to me:

“Hi, I have found a camera that I believe belongs to the family of (my daughter’s name). It was found on site of the Decision America Tour last August. If you know this family, I will ship the camera to your church address so you can reunite it with the right person. Thanks for your help. Blessings,” Dan.

Within hours, he had sent me tracking details, and it arrived at my house that Wednesday.

“I was stunned first that the camera would turn up that long after and in another state and second that somebody would not only find your camera but also put that much effort into it to find you,” said Sandy Morrissey, my friend who was with me that day at the Tour. “He was very thoughtful and considerate.” 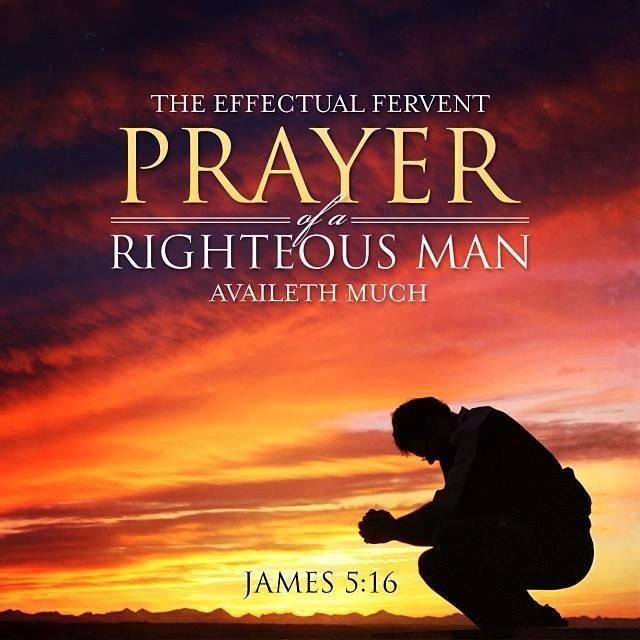 From the moment Mr. Keeney contacted me, these words from James 5:16 have resonated with me in my heart and mind: “The effectual, fervent prayers of a righteous man availeth much.”

I almost didn’t answer the phone that day, but I’m so glad I did. I’m also grateful God answered all my calls to Him. If He would do for me as He did with my camera full of memories, imagine what He might do with bold, strategic earnest petitions brought before Him for our nation and world. And may we now answer His call to come boldly before His throne of grace and mercy and call upon His name, asking Him to work His mighty, matchless miracles in reviving His people and this land.