Are You REALLY Right With God? 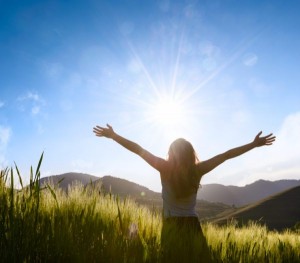 Anybody who acknowledges the reality of hell – even those who only think there might be a hell – knows that nobody would want to go there. It’s a terrifying place. For that very reason, most people who consider hell a possibility want to convince themselves that they won’t end up there when they die. We hear a number of common phrases that people use to confirm their place in heaven… but do those phrases have any value?

Being right with God means different things to a lot of different people, which means there are many people who have false views because they can’t all be right. Let’s look at five common misconceptions of what it means to be right with God along with the truth about how we can undoubtedly know where we stand.

Because “God loves you too much to send you to hell”

The person who says this isn’t even concerned with being right with God. They’re concerned with merely being okay with God. 2 Peter 3:9 directly contradicts this line of thinking. God doesn’t want anybody to perish, and He’s patient for our repentance (i.e. not striking us down where we stand as we deserve), but that doesn’t mean He will ever abandon His perfect sense of justice. Hell isn’t just for the people we think are the “really bad” ones. It’s for everybody who isn’t in Christ.

If you’ve “made peace” with God

There is nothing sadder than hearing this phrase at a funeral – “She made peace with God before she died.” Sorry, but He’s God and we’re not. We’re the sinful humans with no ability to save ourselves. Ephesians 2 tells us that while we are in our sins we are dead, and the dead don’t do much negotiating. Jesus is the one who makes peace, and He makes it on His terms. You don’t get to decide if you’re right with God.

Because you’re a “good person”

Romans 3:20-23 tells us that no one is going to be justified by works of law because we’ve all sinned and no amount of good is going to outweigh that bad, save for Jesus death and resurrection. But so many times we hear people claiming this “good person” status to convince themselves that they are right with God. A variant version is “I try to make my good outweigh my bad.” Well, your bad was putting the sinless Son of God on the cross. How are you ever going to tip the scaled against that? Imagine trying that one out with God when He reads the charges against us – tens of thousands of sins accrued in a lifetime, enough to fill volumes… and we’re going to tell God that we’re okay with Him because we were good enough.

If you’ve said the sinner’s prayer

For decades televangelists and preachers all over the world have been calling millions of people to simply repeat a prayer in order to be saved. Two problems: one, that prayer is nowhere to be found in Scripture. No one in the new covenant prayed themselves into a right relationship with God. Two, being right with God is a walk. It’s not a one time moment.

Just because you’ve been baptized

The good news is that we can know if we’re right with God. 1 John 5:13 tells us that we can know that we have eternal life. 1 John 1:7 guarantees us that “if we walk in the Light as He Himself is in the Light, we have fellowship with one another, and the blood of Jesus His Son cleanses us from all sin.” If we confess and repent of our sins, get washed in the blood of Christ through baptism, and live our lives by faith in Jesus Christ and His commandments, our sins will be taken away. That’s the only way you’re going to be right with God.

We’re all going to die someday, unless Christ returns before we make it there. Either way, we’re going to have to make sure we’re ready for what happens at that point. You know you want to be right with God for when that time comes, but the only way to be right with a sovereign, uncompromising God is to be right on His terms. Don’t settle for shortcuts or the easy way out. Make sure you’re truly right with God.