As ‘The Shack’ movie is scheduled for release, professor warns the book is ‘greatest deception’ to church in the last 200 years 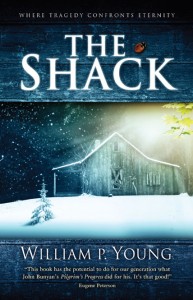 PORTLAND, Ore. – An evangelical seminary professor is calling The Shack the “greatest deception foisted on the church in the last 200 years” and urging Christian leaders to speak out against it ahead of its release as a movie.

James B. DeYoung, professor of New Testament language and literature at Western Seminary in Portland, Ore., says controversy over the 2007 bestselling book by William Paul Young will resurface when the film is released March 3.

The Shack, a New York Times Best Seller has sold 25 million book copies and was printed in 41 languages.

Though the author, like others uses fiction “as a servant” of theology, the allegorical book has an unbiblical view of God, DeYoung said, and clearly affirms universalism – that is, that all people will be saved.

“I maintain that The Shack represents the greatest deception foisted on the church in the last 200 years!” DeYoung wrote in a column for MovieGuide.org. “Not since the time of the Colonies and Isaac Backus has universalism been in such ascendency in the public psyche. The Shack is not a new Pilgrim’s Progress for our day but a house of deceit deserving destruction.”

DeYoung is the author of Burning Down The Shack, a book that critiques the popular novel.

Although John Bunyan’s The Pilgrim’s Progress has been compared to The Shack and both books employ allegory, the two could not be more different, DeYoung wrote. Bunyan “took the teaching of Scripture and allegorized it,” but “the theology promoted in [William Paul] Young’s novel is of a particularly sinister and heretical variety.”

“William Young departs from an evangelical understanding of God, in whom holiness and love are equally balanced, to a universalist understanding of God, in whom love is paramount and judgment and holiness are considered to be in conflict with his love,” DeYoung wrote. “In comparison with Bunyan, Young denies that there is future punishment and that God punishes sin.”

“I have known the author of The Shack, Young, for more than a dozen years. In 2004, Young wrote a lengthy document in which he rejected his evangelical faith and embraced universalism,” DeYoung wrote. “… He said then: that evangelical faith and its teaching about judgment makes God ‘grossly unjust’; that ‘Jesus is a million times more vicious and vindictive than Pharaoh, Nero or Hitler put together’; that Jesus Christ is ‘not the Savior from sins’; that Jesus died ‘a failure and in vain and never saved anyone’; thus Jesus ‘is not even a good man but a liar, a rogue and a deceiving rascal’; that ‘Calvary is a farce, a travesty and a sham.'”

Young then “began work on a novel proclaiming universalism for his children.” And then three years later Young “rewrote the fiction and published it as The Shack, in part his autobiography.”

In promotion for another new Young novel, Eve, he says: “The Shack shattered our limited perceptions of God. Eve will destroy our harmful misconceptions about ourselves. …”

In the book The Shack, Young quotes God as saying: “I am not who you think I am,” and, “Perhaps your understanding of God is wrong.”

Traditionally, evangelical churches have stood as “obstacles” to universalism, DeYoung wrote, such as in the late 1700s when the heresy was spreading throughout the colonies. Evangelical churches need once again to “sound the alarm.” Major Christian publishers, DeYoung added, largely “have failed” in warning Christians about The Shack.

“So here we media people are faced with one of the greatest challenges in our nation’s history,” DeYoung wrote. “Will God grant once again to us a revival and a new reformation of biblical truth to withstand the onslaught of the inclusivism and universalism of our day, represented by The Shack, or will we be overwhelmed by false teaching?

“Will we influence the church to become a ‘complete man, to the measure of the stature of the fullness of Christ, so we may no longer be children, tossed here and there by waves and carried about with every wind of doctrine by the trickery of men, by craftiness with deceitful scheming, but, speaking the truth in love, we may grow up in all things into Him, who is the head, Christ Himself’ (Eph. 4:13-15)”?

–Michael Foust is a Christian entertainment reviewer and author who also writes at michaelfoust.com.