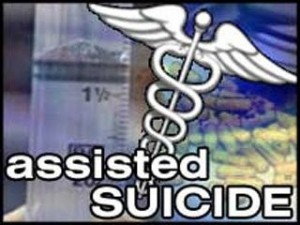 As a physician, I would like to respond to Froma Harrop’s October 22 op-ed (ProJo) entitled “Death with Dignity least slippery slope,” which advocates for the legalization of assisted suicide. Ms. Harrop’s flawed argument rests largely upon her inaccurate assertion of a “legal framework full of safeguards” in which patient decisions can be made “with greater compassion and less deception.”

The reality is that safeguards in assisted suicide laws are virtually nonexistent. Once a lethal prescription is written, there is literally no oversight required in the suicide process; no witnesses are required, no medical reporting is required, no doctor is required to be present. In the most recent 2013 reports out of Oregon, doctors were only present in 9% of assisted suicides. Further, while the law allows that the attending or consulting physician “may” refer the patient for counseling, only two out of 77 assisted suicide patients actually were referred for any type of screening for psychiatric or psychological disorders, or for “depression causing impaired judgment.”

The foundational safeguard underlying every other safeguard in our medical system is the Hippocratic admonition to “do no harm” to a patient. Actively assisting in causing the death of a patient is antithetical to this fundamental tenet. What can be more deceptive than a law empowering and requiring physicians to engage in that which is the very opposite of our calling as doctors?

The dying process is highly personal. Our medical training does not tell us what lies on the other side of death, so how can we presume in good conscience to advocate and act for an end to someone’s life journey? Many physicians, of many different backgrounds and faiths, want no part in playing God by actively assisting in causing the death of their patients. Writing suicide into law as a positive response to confronting life’s ultimate challenge will change how we as a society value human life. And it will change how we as a medical community are trained to care for patients.

Physicians exercise authentic compassion for the dying by providing high-quality palliative care, which can alleviate pain and discomfort during the dying process without killing the patient. Legalizing assisted suicide will shift physicians’ focus from accompanying patients near the end of life with compassionate palliative care to counseling and actively assisting patients to cause their own deaths.

Many physicians believe, as I do, that God alone is the giver and taker of life. Assisted suicide laws do not provide conscience protection for those in the medical community who do not want to be an accomplice to suicide. For example, under Vermont’s assisted suicide law, all physicians are required to inform all terminally ill patients about assisted suicide drugs, even if the patient does not inquire! The law requires physicians to answer questions about the availability of assisted suicide, with no protections for the physician who believes that suicide is premature, clinically inappropriate, or unethical. Further, the assisted suicide law provides no legal protection for objecting nurses, pharmacists or other health care professionals who fail to fully comply with the requirements of the law.

Physicians are called to be healers. Assisting in or advocating for suicide is a far cry from healing. It goes against my belief in the sustaining love of God, which in these times is sorely needed, most especially at the moment of death.