Mount Hermon, CA (ANS) – OK. You’re a comic book character. The bad guys are closing in. The time bomb is ticking, your best friend’s become a maniacal intergalactic terrorist, and the IRS is auditing you. You need a superhero – fast – but you can choose only one: Superman or Batman. Who you gonna call?

Personally – unless there’s Kryptonite involved – I’m partial to the Man of Steel. Flying, super strength and X-Ray vision trump the Batmobille, bat-rope, and bat-signal for me. But both stand for good, fight crime, and help the needy.  It’s been that way all my life.

So, why are these two guys fighting each other?  Is it turf wars – Gotham vs. Metropolis?  Do they each have Lois Lane crushes? 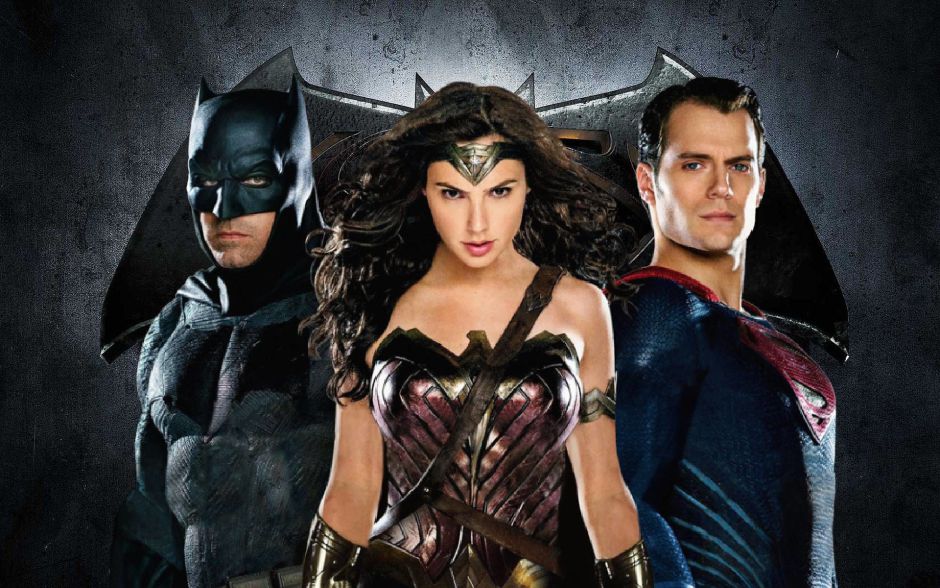 Welcome to the backstory of how these two met and eventually teamed up.  Seems they didn’t like each other much at first.  Clark Kent calls Batman a “bat vigilante” who “thinks he’s above the law.”  Bruce Wayne labels the Daily Planet newspaper “hypocritical” for running Superman “puff pieces” when he’s really a dangerous alien who could destroy humanity.

The feud devolves into what archvillain Lex Luthor gleefully calls “the greatest gladiator match in the history of the world: Son of Krypton vs. Bat of Gotham.”

As the tale unfolds, many revere the god-like Superman, seeing him as a modern-day savior.  But fuelled by Luthorian skullduggery, others agonize over just what their heroes should be like. Some call Superman a “false God” and complain there’s been too much emphasis on “what he can do” and not enough on “what he should do.”  Some call him an “illegal alien.” Government hearings ensue.

Lois Lane reminds Superman that the “S” on his chest “means something.”  His goodness is “all some people have.  It’s all that gives them hope.”  (The “S” is actually a Kryptonian symbol for hope.)

“Devils don’t come from hell beneath us,” opines the nefarious Luthor.  “They come from the sky.”  “Man won’t kill god,” snarls the villain. “The Devil will do it.”  Batman declares war on Superman. Maybe a strong, capable woman can help straighten things out.

God, savior, hope, Devil, hell?  The biblical imagery is not surprising, given the Superman story’s roots and recent film treatments, Superman Returns (2006) and Man of Steel (2013).

In the 1930s, the Great Depression, Fascism and Nazi menaces haunted the world. Two Cleveland teenagers, Jerry Siegel and Joe Shuster, dreamed up a hero who would rescue the troubled, inspire hope, and set things right.  Their narrative included Jor-El, who – in hopes of saving his only son Kal-El – sent the baby to Earth in a rocket from the dying planet Krypton.

Siegel and Shuster were Jewish. “El” is a Hebrew word for “God.” The biblical Moses’ mother hid him in a basket in the Nile River to save his life. Moses became the great liberator.

The biblical God sent his only son, Jesus, to Earth as “the Savior…the Messiah, the Lord.”  He would claim to be “the Light of the world” who has “overcome the world,” offering both temporal peace and eternal life. Kal-El became Superman, rescuing the downtrodden, spreading light and hope to humanity.

The list of parallels is long. This film is filled with them, often stated by philosopher/theologian Lex Luthor.  I won’t spoil them for you.  They’re well worth watching for.

Batman v Superman is an entertaining, complex character study that taps deep human desires for hope, safety, salvation and justice. The plethora of loud fight/destruction scenes and ubiquitous shrouds of darkness were not my favorites, but the redemptive story points to things better and higher. It reminds me in real life to stick with the real Light.

Rated PG-13 (USA) “for intense sequences of violence and action throughout, and some sensuality.”