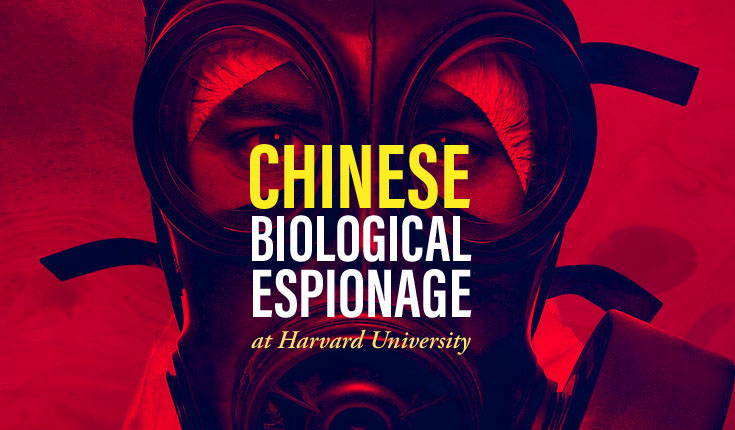 Imagine this. A cutting-edge technology, which has applications for weaponry, transportation, medicine, artificial intelligence, surveillance, mind control…is being openly shared between the US and China.

As just one example, tiny sensors would, up the road, be placed inside the human body.  These sensors automatically monitor and report thousands of changes, in real time, in the body—as a way of diagnosing diseases. The sensors will transmit all this information, through the emerging Internet of Things—using the 5G pipeline—to medical centers—where AI corporate and government analysts will confirm the disease diagnoses and prescribe treatments.

Eventually, a few billion people (patients) would, through these sensors in their bodies, be hooked up to the 5G Internet of Things.  However, as I’ve reported many times in these pages, the standard definitions of diseases and disorders are often incorrect, or even invented.  But because the future system I’ve just sketched is automated, the patient is enclosed in a fake and dangerous bubble.  Among other problems, the disease treatments, the drugs, are toxic.

What is the technology that is on the way to producing these body sensors? Nanoscience.  Nano-engineering.

One of the leading nanoscience researchers in the world was recently arrested on a charge of concealing his connections to China.

Major US science star busted by the feds.

Charles Lieber, now suspended by Harvard, is the University’s chairman of the chemistry department. 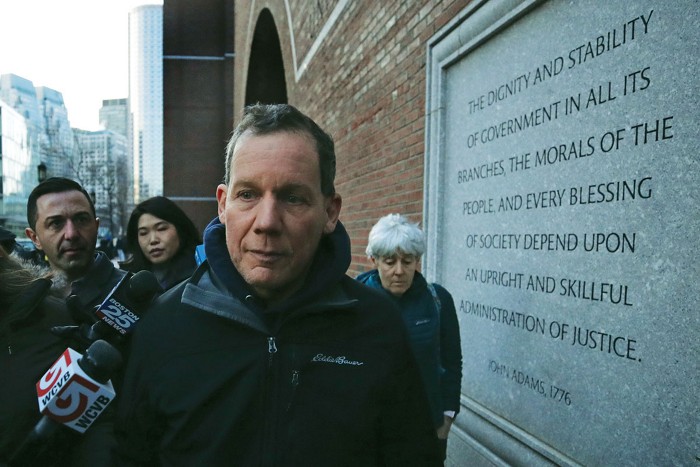 Harvard University’s chairman of the chemistry department, Charles Lieber, accused of lying to U.S. Department of Defense investigators about his work with the People’s Republic of China.

I have read two articles from a foreign news outlet headlined with the claim that Lieber stole and smuggled the “new coronavirus” from the US to China.  In both cases, the text of the articles mentioned nothing about such a theft.  Click bait?  I’m not writing this article about “coronavirus.”  I’ve been writing many articles rejecting the premise of an “epidemic” caused by the “virus.”

I decided to look into this situation, because Lieber does apparently have big-time connections to China.  Sharing research on his specialty, nanoscience, with China would be one more case of “technology sharing.”

“Lieber’s arrest on Jan. 28 came in connection with his dealings in China. He hasn’t been charged with any type of economic espionage, intellectual-property theft, or export violations. Instead, he’s accused of lying to U.S. Department of Defense investigators about his work with the People’s Republic…”

“…by targeting Lieber, the chairman of Harvard’s chemistry department and a veritable ivory tower blue blood, prosecutors struck at the crimson heart of the academic elite, raising fears that globalism, when it comes to doing science with China, is being criminalized.”

“According to a government affidavit, signed by a Federal Bureau of Investigation agent named Robert Plumb, Lieber signed at least three agreements with Wuhan Technology University, or WUT, in central China. These included a contract with the state-sponsored Thousand Talents Plan—an effort by Beijing to attract mostly expatriate [Chinese] researchers and their know-how back home—worth a total of about $653,000 a year in pay [to Lieber] and living expenses for three years, plus $1.74 million [to Lieber] to support a new ‘Harvard-WUT Nano Key Lab’ in Wuhan. The government offered no evidence that Lieber actually received those sums… Lieber also deceived Harvard about his China contracts, the [federal] affidavit said.”

“Whatever extracurricular arrangements Lieber may have had in China, his Harvard lab was a paragon of U.S.-China collaboration. He relied on a pipeline of China’s brightest Ph.D. students and postdocs, often more than a dozen at a time, to produce prize-winning research on the revolutionary potential of so-called nanowires in biomedical implants. Dozens of Lieber’s 100 or so former lab members from China have chosen to stay in the U.S. Many now lead their own nanoscience labs at top universities, including Duke, Georgia Tech, MIT, Stanford, University of California at Berkeley, and UCLA.”

“In the 1990s and 2000s, as Lieber’s achievements and stature were taking off, U.S. research institutions and grant makers pumped money and moral support into expanding the burgeoning collaborations between scientists in the U.S. and other countries, particularly China. The new paradigm was globalization, China was an emerging economic power, and Lieber’s lab became an exemplar of pan-Pacific collaboration. ”

Another WOW.  Not a leak of information.  A flood.

“A more controversial Lieber protégé is Liqiang Mai, the international dean and chair of materials science at WUT, the little-known school in Wuhan that prosecutors allege recruited Lieber to be a ‘strategic scientist’ in 2011, for $50,000 a month. Mai, who hasn’t been named in any U.S. filings against Lieber, earned a doctorate at WUT in 2004 and worked as a postdoc in Lieber’s lab from 2008 to 2011, according to Mai’s WUT online bio…” 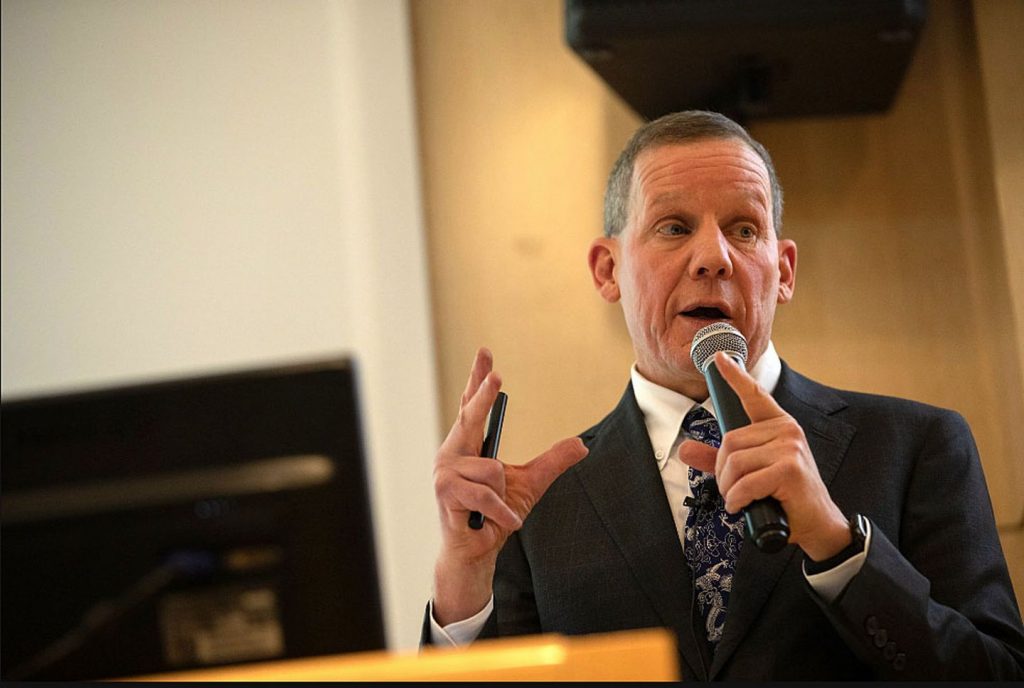 How big a star is Lieber?  Wikpedia: “Charles M. Lieber (born 1959) is an American chemist and pioneer in the field of nanoscience and nanotechnology. In 2011, Lieber was recognized by Thomson Reuters as the leading chemist in the world for the decade 2000-2010 based on the impact of his scientific publications. Lieber has published over 400 papers in peer-reviewed scientific journals and has edited and contributed to many books on nanoscience. He is the principal inventor on over fifty issued US patents and applications, and founded the nanotechnology company Nanosys in 2001 and Vista Therapeutics in 2007. He is known for his contributions to the synthesis, assembly and characterization of nanoscale materials and nanodevices, the application of nanoelectronic devices in biology, and as a mentor to numerous leaders in nanoscience. In 2012, Lieber was awarded Israel’s Wolf Prize in Chemistry.”

“In addition, Lieber allegedly signed a contract that obligated Harvard to become part of a cooperative research program that allowed WUT [Chinese] scientists to visit the university up to two months each year. The [federal] complaint says he did not inform university officials of the agreement, which was for ‘advanced research and development of nano wire-based lithium-ion batteries with high performance for electric vehicles’.”

Another “technology transfer” of great value.

“…the NIH [US National Institutes of Health, a federal agency] asked Harvard about whether the university or Lieber failed to disclose his financial relationship with China. Lieber has been a principal investigator on at least three NIH grants totaling $10 million since 2008. After interviewing Lieber, Harvard [incorrectly, supposedly based on Lieber’s statements] responded to the NIH that he [Lieber] had ‘no formal association with WUT [Wuhan Institute of Technology]’ and ‘is not and has never been a participant in’ the [Chinese] Thousand Talents program.”

NIH has strict regulations about its researchers disclosing their conflict-of-interest connections.  The feds obviously believe Lieber has failed to report his China connections to NIH.  This may become a factor in his prosecution.

Lieber was operating a robust center at Harvard: Lieber Research Group.  Its focus is nanoscience and nanotechnology.  So it’s natural to ask, what kind of research findings would be shared with China?

On the Group’s website, there is this, right off the bat: “We are pioneering the interface between nanoelectronics and the life sciences…sensors for real-time disease detection…”

Hence, the picture of the future I sketched at the beginning of this article.

I may report further on nanoscience.  Of course, the ominous technological innovations apply to both China and the US, and the rest of the world…

The Chinese government has the clout, will, force, and intent to impose, without hesitation, every sort of possible control on its 1.4 billion citizens.  It is in the process of building many new “smart cities.”  These centers will be models of wall-to-wall surveillance.  AI, Internet of Things, 5G, the works.  If nanoscience can achieve much more intimate access to people, through implanted sensors, why wouldn’t the central government jump at the chance to deploy it?  The rationale and the cover story are obvious: WE MUST HAVE EARLY KNOWLEDGE OF NEW VIRUS EPIDEMICS.  WE WILL DETECT THEM DIRECTLY FROM THE BODIES OF OUR PEOPLE IN REAL TIME.

All hail, Globalism and technocracy.