Ben Franklin and Founding of America 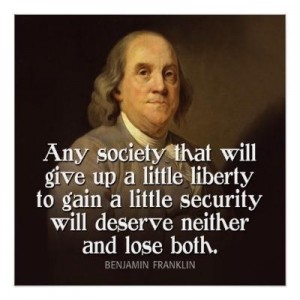 In JULY of 1775, Benjamin Franklin became the first Postmaster General of the United States, a position he held under the British Crown before the Revolution. Franklin’s public career began when he organized Pennsylvania’s first volunteer militia during threatened attacks from Spanish and French ships.

He then proposed a General Fast, which was approved by the Colony’s Council and printed in his Pennsylvania Gazette, December 12, 1747:

“As the calamities of a bloody War…seem every year more nearly to approach us…there is just reason to fear that unless we humble ourselves before the Lord & amend our Ways, we may be chastized with yet heavier Judgments,

We have, therefore, thought fit…to appoint…a Day of Fasting & Prayer, exhorting all, both Ministers & People, to observe the same with becoming seriousness & attention, & to join with one accord in the most humble & fervent Supplications; That Almighty God would mercifully interpose and still the Rage of War among the Nations & put a stop to the effusion of Christian Blood.”

Franklin published evangelist George Whitefield’s sermons, thereby spreading The Great Awakening Revival. He established a volunteer fire department, a circulating public library, an insurance company, a city police force, a night watch and a hospital. He set up the lighting of city streets and was the first to suggest Daylight Savings Time.
He invented bifocal glasses, the Franklin Stove, swim fins, the lightning rod, and coined the electrical terms “positive” and “negative.”

In 1754, Franklin wrote a pamphlet, “Information to Those Who Would Remove to America,” for Europeans interested in sending their youth to this land:

“Hence bad examples to youth are more rare in America, which must be a comfortable consideration to parents. To this may be truly added, that serious religion, under its various denominations, is not only tolerated, but respected and practised.

Atheism is unknown there; Infidelity rare and secret; so thatpersons may live to a great age in that country withouthaving their piety shocked bymeeting with either an Atheist or an Infidel.

And the Divine Being seems to have manifested his approbation of the mutual forbearance and kindness with which the different sects treat each other; by the remarkable prosperity with which he has been pleased to favor the whole country.”

On September 28, 1776, as President of Pennsylvania’s Constitutional Convention, Benjamin Franklin signed the State’s first Constitution, “the most radically democratic Frame of Government the world had ever seen.

“Government ought to be instituted…to enable the individuals…to enjoy their natural rights…which the Author of Existence has bestowed upon man; and whenever these great ends…are not obtained, the people have a right…to change it, and take such measures as to them may appear necessary to promote their safety and happiness…”

“All men have a natural and unalienable right to worship Almighty God according to the dictates of their own consciences…Nor can any man, who acknowledges the being of a God, be justly deprived or abridged of any civil right…No authority…shall in any case interfere with…the right of conscience in the free exercise of religious worship.”

“And each member…shall make…the following declaration, viz: I do believe in one God, the Creator and Governor of the Universe, the Rewarder of the good and the Punisher of the wicked. And I do acknowledge the Scriptures of the Old and New Testament to be given by Divine Inspiration. And no further or other religious test shall ever hereafter be required.”
Pennsylvania’s Constitution had in Section 45:

“Laws for the encouragement of virtue, and prevention of vice and immorality, shall be…constantly kept in force… Religious societies…incorporated for the advancement of religion…shall be encouraged.”

At the end of the Revolutionary War, Franklin signed the Treaty of Paris, September 3, 1783, which began: “In the name of the Most Holy and Undivided Trinity…”

As Pennsylvania’s President (Governor), Ben Franklin hosted the Constitutional Convention in Philadelphia, where on June 28, 1787, he moved:  “That henceforth prayers imploring the assistance of Heaven, and its blessing on our deliberations, be held in this Assembly every morning.”

When Congress began debating slavery, Franklin became President of Pennsylvania’s Society for the Abolition of Slavery.

In his last published letter (Federal Gazette, March 23, 1790), Franklin satirically indicted the Southern States for defending slavery just as the Muslim pirates did:  “If we cease our cruises against Christians, how shall we…make slaves of their people…to cultivate our land…to perform common labors… Must we be our own slaves: And is there not more compassion due to us as Mussulmen than to these Christian dogs.

We have now about 50,000 slaves in and near Algiers… If we then cease taking and plundering the infidel ships and making slaves of the seamen and passengers, our lands will become of no value for want of cultivation.”

“THE BODY of BENJAMIN FRANKLIN – Printer.
Like the cover of an old book,
Its contents torn out,
And stripped of its lettering and gilding,
Lies here, food for worms;
Yet the work itself shall not be lost,
For it will appear once more,
In a new, and more beautiful edition,
Corrected and amended By The AUTHOR.”