By RI Center for Freedom & Prosperity

Providence, RI — After the reality-shock of announced job losses from Benny’s and Alexion, and when the General Assembly reconvenes next week, Rhode Island legislators will be put to the test: Will they continue to push our state into the progressives’ anti-business, anti-family land of make believe?

The RI Center for Freedom & Prosperity, in seeking to advance a more prosperous society, finds it unacceptable that our Ocean State continues to rank 45th in both family prosperity and in business climate, and that business and individuals continue to flee our state. A pro-family, pro-business agenda that advances cultural and economic well-being in the real world, both from a public policy and civil society perspective is the goal. Related values, according the national Family Prosperity Index, include family self-sufficiency, marriage, and work.

Here are some mini-statements on some of those issues that the General Assembly is expected to take up during this special session. 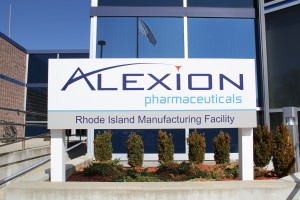 Mandated Paid Leave – only in a land of make believe do employer mandates NOT lead to a loss of jobs and/or pay!  The General Assembly will consider and vote on at least two bills that would mandate that most Rhode Island businesses offer paid leave to all employers.  One reason why our Ocean State has the WORST business climate in the nation is exactly this kind of persistent meddling in the free-market, which advances a radical social justice agenda, by demanding employers pay for mandated handouts to their employees. The progressive Fair Shot Agenda would further harm the Ocean State’s 45th rank in family prosperity and sixth worst business climate. Its two anti-business mandates – mandatory paid leave and a minimum wage hike – would impose even more burdens on an already over-taxed and over-regulated private business sector … with the inevitable result being a loss of jobs and a loss of opportunity for meaningful work for Rhode Island families who are struggling to improve their quality of life.

Criminal Justice Reform – in the real world, keeping families together and productive is the key to prosperity. As part of its Family Prosperity Initiative, the Center, in written testimony to the House Judiciary Committee, joined with advocates from the left in generally supporting the reforms being advanced by our state’s Justice Reinvestment Initiative package of legislation, in the hopes that more people can become more productive members of their families and of society, instead of becoming or remaining unnecessarily embroiled in the criminal justice system. The Center recommends that the gratuitous anti-gun sentencing provisions in H5115 and S0011 be removed. 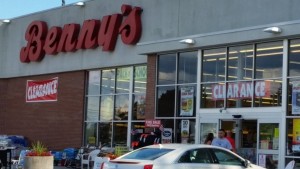 Hair Braider Freedom – pure fantasy to over-regulate this harmless industry.  The Rhode Island House passed H5436 in May that would exempt hair braiders from burdensome state licensing requirements. The Center supports regulatory reforms that would free natural hair braiders from the occupational licensing mandates currently imposed on the harmless practice. This licensing burden is especially harmful to many people who would prefer to start new careers and earn paychecks instead of receiving welfare checks. Unfair and unreasonable occupational licensing restrictions must be repealed if we want more Rhode Islanders to have a chance to improve their quality of life and engage in entrepreneurial commerce. Only 14 states, along with the District of Columbia, require hair braiders to acquire a specialized license. In Mississippi and Iowa, hair braiders have to register with the state. Specialty licenses require 600 hours of classes and can cost thousands of dollars.

Pretend “Domestic Violence” Bill Is Actually a Broader Ambush On Second Amendment Rights – Imagine losing your 2nd Amendment rights by exercising your constitutionally guaranteed 1st Amendment rights. This is the untold secret of legislation that appears likely to pass state’s General Assembly this month. The General Assembly will consider voting on some version of H5510 & S0405, the so-called “Domestic Violence” bills. These bills would ostensibly remove the Second Amendment rights of people against whom domestic violence restraining orders have been issued. However, it has been under-reported that these bills would also remove the Second Amendment rights of individuals convicted of a variety of misdemeanor charges, such as cyberstalking or disorderly conduct. This hidden provision has not been subject to proper public debate, and should be of deep concern to center-right and left lawmakers who are being misled by the radical progressive agenda.

Prior statements by the Center on other 2017 public policy issues can be found at RIFreedom.org/PolicyPositions.