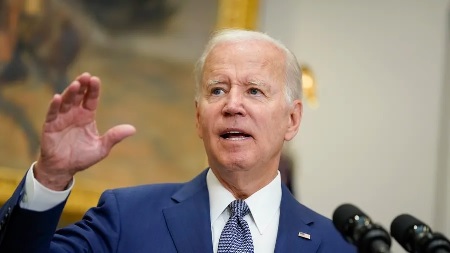 In his latest assault on unborn babies, Joe Biden claimed that as a ‘child of God’ he has the “right” to advocate for slaying unborn babies.

Shocking Christians everywhere, Biden’s comments prove he does not even know what his own faith teaches – or what being a child of God truly means. Christians were quick to criticize Biden’s latest remarks for using God to justify abortion – and just wait until you see how they are holding Biden’s feet to the fire.

To start, abortion is a brutal act of violence that stops a beating heart. Ripping an unborn baby from its mother’s womb is barbaric – and is everything God stands against. Those who advocate for abortion are signing off on the killing of an innocent life. While those who don’t know God may be deceived – Christians know the truth – that God is the Author of life – and every life is created in His perfect image.

So, upon hearing Biden claim he’s a “child of God” in hopes to justify abortion – religious leaders fired back.

Faith wire reported: “The Rev. Franklin Graham was among those who took issue with Biden’s comments, with the Billy Graham Evangelistic Association president calling abortion a “sin” and likening it to “murder.”

“Biden said that the right to an abortion comes from being a ‘child of God.’ Mr. President, that is just not true,” Graham tweeted. “Being a child of God does not give you the right to take the lives of the innocent. Abortion is a sin— simply put, it is murder.”

Exactly. It is sad when someone advocates for the killing of unborn lives. But President Biden took it even further when, yet again, he tried to use the name of God to justify abortion. Biden is a self-professed Catholic – and Catholics firmly believe life begins at conception. But instead of accepting the doctrine of his own faith – Biden continues to challenge it.

Catholic News Agency reported: “Roe says what all basic mainstream religions have historically concluded, that the existence of a human life and being is a question,” Biden told reporters at Joint Base Andrews in Maryland. “Is it at the moment of conception? Is it six months? Is it six weeks? Is it quickening, like Aquinas argued?”

Biden has long used his faith to justify abortion – outraging members of the Catholic church. And while Biden may think overturning Roe v. Wade is “radical” – the only thing “radical” is a nation who thinks it is okay to end an innocent life.

Let us pray for President Biden – that his heart will change – and that he’ll use his position of influence for good. And let us continue to pray for the Supreme Court Justices – that they will hold the line and overturn Roe v. Wade.