Television star Bill Nye spoke to Dan Rather last week about Hurricane Harvey, asserting the storm’s strength “is almost certainly associated with global warming.” “As the world gets warmer and there’s more heat energy in the atmosphere, you expect storms to get stronger,” Nye said. “You also expect ocean currents to not flow the way they always have. That will make some places cooler and some warmer.”

Nye, who is educated only to an undergraduate level in engineering, was quickly corrected by meteorologist Ryan Maue, who holds a doctorate. Maue went on to explain to other Twitter users that hurricanes form in the ocean, not the atmosphere as Nye argued. 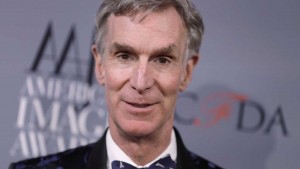 Mass referenced data indicating Hurricane Harvey had formed over ocean waters of average temperature. His research showed the air temperatures in the area were also normal, despite Nye’s claim to the contrary. Instead of temperature, Mass wrote that Hurricane Harvey was such a strong storm due to factors like its slower-than-average movement once it hit land. In fact, Harvey had stalled over land for several days. According to Mass, this contributed to the unusual amount of water Harvey dumped onto the areas affected.

For his part, Maue continues to explain these scientific conclusions to others on Twitter. “The answer is no. Hurricanes are not a result of climate change. Next question.”