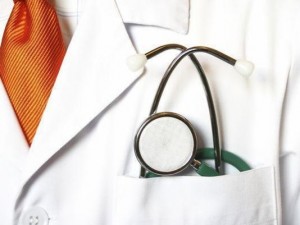 Under the Americans with Disabilities Act (ADA), employers may not ask employees about their health unless the questions are directly job-related. The Genetic Information Nondiscrimination Act (GINA) extends that protection to genetic information and family medical history. Exceptions to GINA are few, normally limited to the specific (and rare) circumstances where they make sense.

There is a catch. Wellness programs, in which companies encourage employees to get health screening and preventive care, may legally ask questions that would otherwise violate ADA and GINA, but only if the programs are voluntary. In 2010, the EEOC clarified that questions about family medical history or genetic information also could be tied to “inducements” such as discounts on employer-provided health insurance.

The Affordable Care Act let employers tie 100 percent of an employee’s health insurance costs to voluntary, participatory health programs that did not require employees to meet a given clinical goal. Rep. Virginia Foxx, R-N.C., told me the EEOC reduced that amount to 30 percent in 2016, but she has introduced legislation would undo the change. That means an employer could once more tell employees, “Take part in the program, or we will not pay for your insurance.” Foxx said she did not see this as a penalty, but rather as an incentive employees would be eligible to earn.

Others disagree: A Washington Post headline warned March 11 that “employees who decline genetic testing could face penalties under proposed bill,” and CNBC stated the same in a March 10 report. The latter cited a spokeswoman for the Committee on Education and the Workforce who said current law lets wellness programs mandate genetic testing for employees. The American Society of Human Genetics strongly opposes the bill.

The EEOC’s Office of Communications and Legislative Affairs declined to comment on HR 1313 because it is still pending. The policy and its resulting confusion echo a comment by Rep. Nancy Pelosi, D-Calif., on Obamacare: “We have to pass the bill so you can find out what is in it.”