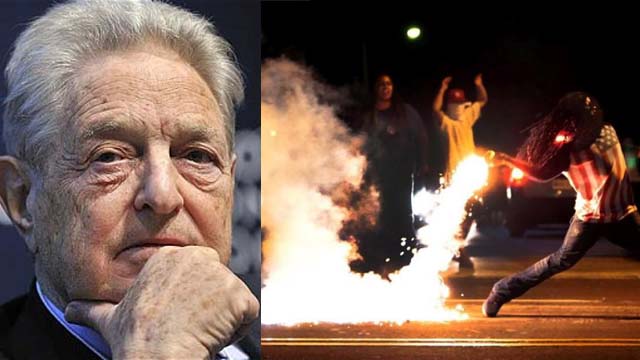 Washington, D.C. – Billionaire globalist financier George Soros’ MoveOn.org has been revealed to be a driving force behind the organizing of nationwide protests against the election of Donald Trump — exposing the protests to largely be an organized, top-down operation — and not an organic movement of concerned Americans taking to the streets as reported by the mainstream media.

In light of the protests and rioting that have transpired since the election of Trump, a closer analysis of the dynamic at play is warranted to gauge whether it’s an organic grassroots movement, or something much more organized, sophisticated and potentially dangerous.

Americans to Come Together in Hundreds Peaceful Gatherings of Solidarity, Resistance, and Resolve Following Election Results

Hundreds of Americans, dozens of organizations to gather peacefully outside the White House and in cities and towns nationwide to take a continued stand against misogyny, racism, Islamophobia, and xenophobia.

Tonight, thousands of Americans will come together at hundreds of peaceful gatherings in cities and towns across the nation, including outside the White House, following the results of Tuesday’s presidential election.

The gatherings – organized by MoveOn.org and allies – will affirm a continued rejection of Donald Trump’s bigotry, xenophobia, Islamophobia, and misogyny and demonstrate our resolve to fight together for the America we still believe is possible.

Within two hours of the call-to-action, MoveOn members had created more than 200 gatherings nationwide, with the number continuing to grow a week later. 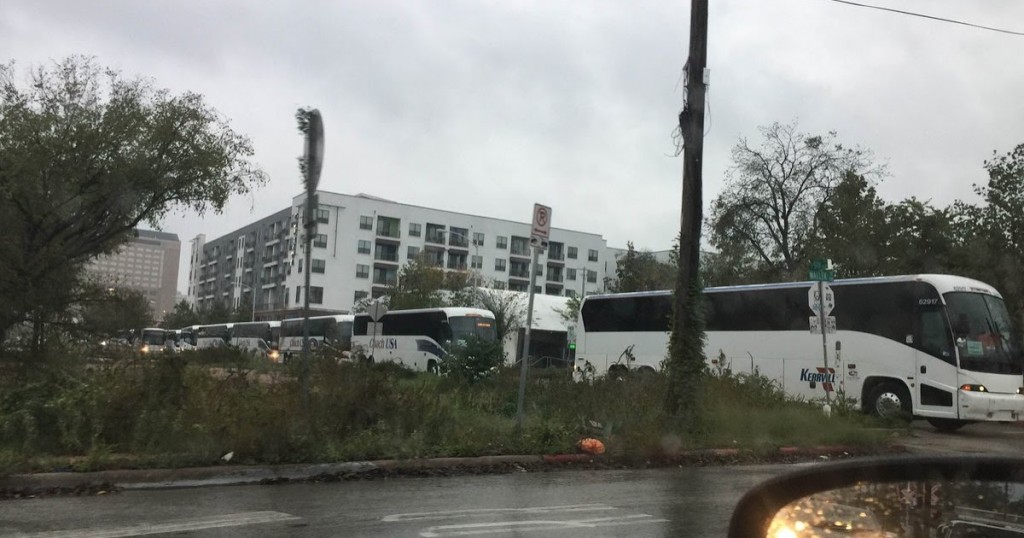 Anti-Trump protestors in Austin today are not as organic as they seem. Here are the busses they came in.

Now come reports from various protest locations that reveal a substantially coordinated effort, and not the organic grassroots showing by concerned Americans, as the mainstream media is reporting. Photos from Austin, Texas reveal a line of busses the “protestors” arrived in, making their appearance seem substantially less than organic – with a direct implication of being strategically orchestrated.

With evidence mounting, the question must be asked; is George Soros working through his front organizations to foment an American revolution?

Note that the group is actively organizing protests to a democratic election that no one is contesting the legitimacy of in terms of whether the vote was rigged, etc. Essentially, they are displeased with the results and are calling for people to rise up and not accept the results. For an organization that feigns to promote democracy, their actions speak otherwise.

“This is a disaster. We fought our hearts out to avert this reality. But now it’s here,” MoveOn.org staff wrote to members on Wednesday. “The new president-elect and many of his most prominent supporters have targeted, demeaned, and threatened millions of us—and millions of our friends, family, and loved ones. Both chambers of Congress remain in Republican hands. We are entering an era of profound and unprecedented challenge, a time of danger for our communities and our country. In this moment, we have to take care of ourselves, our families, and our friends—especially those of us who are on the front lines facing hate, including Latinos, women, immigrants, refugees, Black people, Muslims, LGBT Americans, and so many others. And we need to make it clear that we will continue to stand together.”

Perhaps the most absurd part of the protests is that President-elect Trump hasn’t made a single policy decision yet — and, in fact, the entire section of his website regarding banning Muslims was scrubbed shortly after his election. This denotes that anything said during the campaign was most likely simple election campaign rhetoric and subsequent framing of said rhetoric by the opposition.

According to a report in New Eastern Outlook:

The totality of what is revealed in the three hacked documents show that Soros is effectively the puppet-master pulling most of the strings in Kiev. Soros Foundation’s Ukraine branch, International Renaissance Foundation (IRF) has been involved in Ukraine since 1989. His IRF doled out more than $100 million to Ukrainian NGOs two years before the fall of the Soviet Union, creating the preconditions for Ukraine’s independence from Russia in 1991. Soros also admitted to financing the 2013-2014 Maidan Square protests that brought the current government into power.

Soros’ foundations were also deeply involved in the 2004 Orange Revolution that brought the corrupt but pro-NATO Viktor Yushchenko into power with his American wife who had been in the US State Department. In 2004 just weeks after Soros’ International Renaissance Foundation had succeeded in getting Viktor Yushchenko as President of Ukraine, Michael McFaul wrote an OpEd for the Washington Post. McFaul, a specialist in organizing color revolutions, who later became US Ambassador to Russia, revealed:

Did Americans meddle in the internal affairs of Ukraine? Yes. The American agents of influence would prefer different language to describe their activities — democratic assistance, democracy promotion, civil society support, etc. — but their work, however labeled, seeks to influence political change in Ukraine.

Anyone familiar with the history of the Soros Open Society Foundations in Eastern Europe and around the world since the late 1980’s, will know that his supposedly philanthropic “democracy-building” projects in Poland, Russia, or Ukraine in the 1990’s allowed Soros the businessman to literally plunder the former communist countries’ wealth, according to the New Eastern Outlook.

During the 2016 presidential cycle, Soros committed $25 million dollars to the 2016 campaign of Hillary Clinton. Per the standard Clinton operating procedure, this was indicative of the symbiotic relationship of favors between the billionaire and his array of political puppets across the globe.

As a testament to the power wielded by Soros, contained within WikiLeaks’ recent release of hacked DNC emails, is a message from billionaire globalist financier George Soros to Hillary Clinton while she was U.S. Secretary of State, that clearly reveals Clinton as a Soros puppet.

Found within the WikiLeaks’ Hillary Clinton email archive is an email with the subject ‘Unrest in Albania,’ in which Soros makes clear to Clinton that “two things need to be done urgently.” He then directs the Secretary of State to “bring the full weight of the international community to bear on Prime Minister Berisha” and “appoint a senior European official as mediator.” Revealing the influence he wields within the corridors of power, Soros then provides Secretary of State Clinton with three names from which to choose. Unsurprisingly, Clinton acquiesced and chose one of the officials recommended by Soros — Miroslav Lajcak.

Make no mistake that the events you’re seeing transpire nationwide are being orchestrated in part by a billionaire political elite class that is looking to subvert the will of the American people by attempting to foment a new American revolution. Soros’ formula has been duplicated in numerous nations, and it looks as if he now has the U.S. in his sights as the next target.

Reprinted with permission from thefreethoughtproject.com