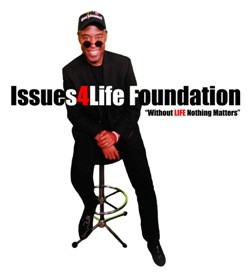 By Walter B. Hoye II, President

He also cited a recent analysis by Dennis Howard, President of the Movement for a Better America, who has written extensively on abortion demographics, which shows that out of every 1,680 pregnant Black American women 15-44, 1,000 will give birth to their child and 680 will abort their baby. The analysis was based on data from the U.S. Statistical Abstract for 2013 and the National Vital Statistics Report, Vol. 64, No. 1 dated January 15, 2015.

In other words, for every three Black babies born in America, two will be aborted. The numbers get worse.

Hoye says: “When you understand Planned Parenthood is subsidized by half a billion taxpayer dollars each year and wholeheartedly supported by both the Democratic Party and Black leadership in high places, you have to conclude that Black American abortions representing 69 times the number of Black American homicides are an entirely intended consequence of legalized abortion.”

Hoye asks: “Why should our government spend $1,282 for every Black abortion, when that same amount of money could pay for the safe delivery or adoption of healthy children? If abortion is going to be legal, a half a billion dollars would be far better spent helping young Black women to support a child (i.e., feed, clothe, educate, house and inspire a future American president), rather than aborting one.”