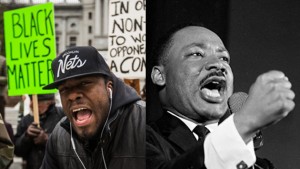 Tragically, America continues to slide backwards on its long and tortuous journey to racial reconciliation and racial justice.

The latest flash points in America’s centuries-long struggle to overcome racial strife involved two terrible incidents in St. Paul, Minnesota, and Baton Rouge, Louisiana, where African-American men were shot and killed by white policemen. Whatever the circumstances ultimately turn out to be in those two cases, it cannot be denied that there have been far too many such incidents in which African-Americans have been victimized, often fatally so, by police brutality. The African-American community brings a long, shared history and memory of such deprivations to each current episode, and understandably so.

All Americans, whatever their ethnicity, need to make a life-long commitment to the eradication of racial prejudice and hostility from our culture. I, for one, refuse to give up on Dr. Martin Luther King Jr.’s dream of a nation where Americans are not “judged by the color of their skin but by the content of their character.”

So, just as we need to make a lifelong commitment to eradicating racial hostility and violence, we must also make a similar commitment to rejecting and condemning rhetoric that divides us into our various ethnicities and encourages us to identify by those ethnicities, rather than by our common humanity and our shared citizenship. In this great country we must still resolve in good faith to strive to live up to the ideals expressed so eloquently in our founding document that “All men are created equal. . . .”

Black Lives Matter is just such a divisive movement. When they shout down politicians (Gov. Martin O’Malley) who tried to protest that all lives matter, rather than the more restrictive “Black Lives Matter,” they are engaging in counter-productive rhetoric which divides, rather than unites. The tragic result of such rhetoric is the kind of violence that erupted in Dallas producing five dead policemen and six more injured officers. One of the killers in Dallas said he wanted to murder as many white people as possible and especially white policemen.

The inflammatory rhetoric of Black Lives Matter has help to create a myth that there is a police war against African-Americans in this country. That is a blatant falsehood with lethal consequences.

The overwhelming majority of police are good men and women who put their lives on the line each day so that the rest of us can live peaceful, orderly, civilized lives. The only thing between us and the anarchy of the law of the jungle is the thin blue line of police protection, patrolling our streets and keeping vigilance against evil doers. Imagine what our towns and cities would look like if we did not have the police to protect us.

By the way, how many of these five Dallas policemen would be alive today if they had been wearing their riot gear and bullet proof vests (which in the name of political correctness they discarded in favor of “community policing,” which would not intimidate the crowds they were trying to protect)? I fear such misdirected political correctness claimed more than one policeman’s life that night.

All lives matter, including blue and black lives. We are all in this together.

It is well past time for some national political figure, preferably President Obama, if he has it in him, to seize a “Sister Souljah” moment and denounce the anti-police, inflammatory, violence-inducing rhetoric of the Black Lives Matter movement. In 1992, then presidential candidate Bill Clinton denounced African-American hip hop artist Sister Souljah for her violent lyrics and her inflammatory statement condoning black on white violence and saying in the music video of her song The Final Solution, “If there are any good white people, I haven’t met them.”

Clinton, speaking at Jesse Jackson’s Rainbow Coalition gathering, denounced her language and said, “If you took the words white and black and you reversed them, you might think David Duke was giving that speech.”

Duke, of course, is a white supremacist.

Clinton’s “Sister Souljah” moment propelled him to the forefront of the 1992 presidential field and may have ensured his presidential nomination.

The Christian community needs to step up as well and embrace the challenge laid down by Dr. King in his “Letter from the Birmingham Jail” in April 1963, when he called on the church to be “not merely a thermometer that recorded the ideas and principles of popular opinion,” but instead “a thermostat that transformed the mores of society.”

May God allow us to be the thermostats Dr. King envisioned, helping to bring his dream to fruition: “I still have a dream. It is a dream deeply rooted in the American dream. I have a dream that one day this nation will rise up, live out the true meaning of its creed: ‘We hold these truths to be self-evident that all men are created equal.'”

Dr. King faced down far greater bigotry and lethal violence than we face today. Let us draw inspiration and dedication from his courage and vision and join hands and resolve to finish the work to which he so eloquently called us those many years ago.

And may God bless all Americans and this great country in which we are all privileged in God’s providence to live.

Dr. Richard Land is president of Southern Evangelical Seminary and executive editor of The Christian Post.

Emmanuel Williams leads the chant on the steps of the Pennsylvania State Capitol in Harrisburg, Saturday, Dec. 13, 2014, in protest of police abuses in the black community. (AP Photo/PennLive.com, James Robinson)