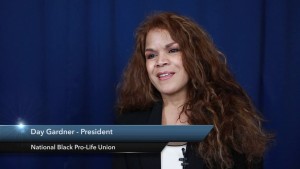 Washington – President Trump is absolutely right to condemn ALL the groups involved in the Charlottesville violence. The President has disavowed white supremacists AND the “Democrat founded” KKK over and over. The media knows that!

Differences in opinion do not give any one person the right to physically assault another person. We must be able to agree to disagree without turning every single march and protest into a rock throwing, baseball bat wielding bloodbath.

Also, it’s ridiculous…incredibly stupid to knock down statues of America’s historical figures. Hmmm…isn’t there a law against destroying public property? Pretty sure it’s a felony.

Like it or not, those statues signify important events in America’s journey to greatness.  They depict the growing pains of our very young country and are a constant reminder of how far America has come. Our history is every bit as important as our future.

Sadly, the main stream media is emphatically determined to play a huge part in America’s demise by becoming America’s very own “Tokyo Rose” — only worse. They [media] play solely on emotion, fear and sensationalized fake news and have become nothing more than a propaganda tool for liberals, communists & socialists!

In truth, the media deserves much of the blame for the violence in Charlottesville and elsewhere. They salivate on civil disobedience and racial discord with salacious sound bites–the more vile, the more violent, the better.

I am standing with millions of Americans who elected President Trump. We will help him make America great again–in spite of the conniving media, race baiters, nay sayers and the DC swamp!