BLM Los Angeles Co-Founder: ‘All Meetings and Protests Begin With the Pouring of Libation’ 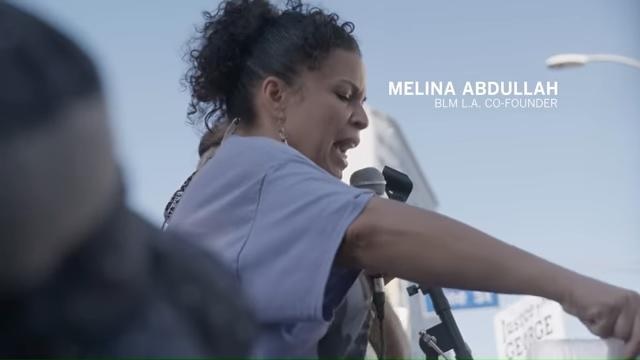 LOS ANGELES — In a recent interview with a local radio station, Black Lives Matter (BLM) Los Angeles chapter co-founder Melina Abdullah explained that “meetings and protests begin with the pouring of libation” and the utterance of the names of the dead. She said that the practices are generally not allowed to be filmed in part due to the “demonization of the way in which we acknowledge spiritual energy.”

During the interview with KCRW, which was posted online on June 25, Abdullah, who also works as a professor of Pan-African Studies at California State University, was asked about the spiritual element of the movement. She explained that spirituality “was always foundational to who we were,” and that on the first night they gathered, BLM participants summoned their ancestors as they stood in a circle under the moon.

“[T]here was always some component of spirituality,” Abdullah replied. “I think about the first night that we gathered and the summoning of ancestors to space and the very palpable spiritual energy that circulated through the group as we stood in a circle at St. Elmo Village, which is probably one of the most spiritual spaces in the city. … [W]e stood under the moon and pledged to build a movement.”

She outlined that as time went on, BLM began to be more purposeful about their organizing efforts, and as they would “go pour libation at the ocean, we began to recognize the importance of spiritual energy and the fact that it had always been there, but we didn’t always recognize it collectively.”

Libation is an act that is defined as “a ritual pouring of a liquid as an offering to a god or spirit, or in memory of those who have ‘passed on.’”

“In certain African cultures, the ritual of pouring libation is an essential ceremonial tradition and a way of paying homage to the ancestors,” explains the site Powerful Black Stories. “Ancestors are not only respected in such cultures but also invited to participate in all public functions, as are also the gods. A prayer is offered in the form of libations, calling the ancestors to attend with an elder generally performing the ritual.”

As previously reported, in 2018, Abdullah poured libation and summoned the spirits of a number of deceased African American leaders during an event at Hollywood United Methodist Church. She instructed those gathered to declare “ashe” as she made declarations and poured bottled water into a plant.

Abullah was asked during the recent interview, for those who have not attended a BLM demonstration, to describe the opening of each protest. She stated that “[a]ll Black Lives Matter meetings and protests begin with the pouring of libation.”

“We generally ask that people not film the openings of our events and demonstrations,” Abdullah advised. “And part of that is the demonization of the way in which we acknowledge spiritual energy. I have seen some of those articles, some of those critiques of pouring libation, which is a centuries old tradition among African people, acknowledging that when bodies are stolen, spirits still remain.”

She said that, in addition, “as we pour libation and engage in spiritual work, we actually don’t want that disrupted in any way by filming because we believe that the filming actually disrupts some of the spiritual energy.” As libation is being poured, the names of those who have died at the hands of officials are spoken, followed by the names of African American leaders of the past.

“And then we begin calling the names of those who we call our warrior ancestors,” Abdullah outlined. “And so when we think about the work that people like Harriet Tubman, Ida B. Wells, Ella Baker, Martin Luther King and El-Hajj Malik El-Shabazz — Malcolm X — did, we summon them into the work as well. And we offer prayer that we are good heirs, that we honor them with our work, that we honor our ancestors with our work.”

“And then … we ask people to call on a bloodline or spirit line ancestor in their own lives — so, your grandmother, great grandmother or grandfather, uncle. And you call those names,” she continued. “We usually have whoever’s pouring the libation say the name and have the entire crowd repeat the name. And then we say the word ‘ashe,’ which is a Yoruba word that means ‘amen.’”

“And that’s how we open all of our Black Lives Matter demonstrations and gatherings.” 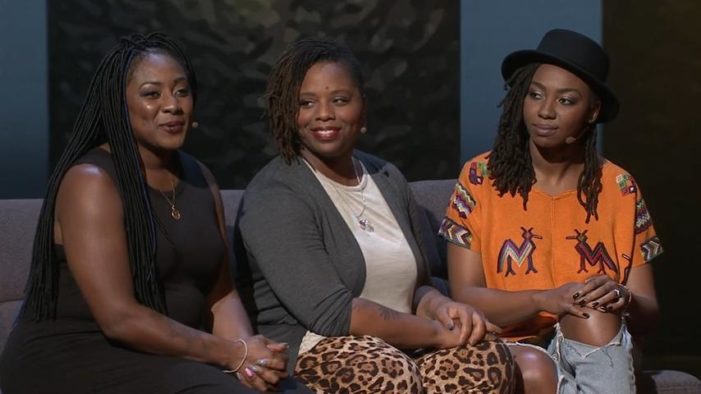 As previously reported, in a June Zoom call between Abdullah and BLM co-founder Patrisse Cullors, the two likewise spoke of the spirituality of the movement. “Maybe I’m sharing too much, but we become very intimate with the spirits that we call on regularly,” Abdullah said at one point during the interview. “Each of them seems to have a different presence and personality. I laugh a lot with Waukesha [Wilson] (who was found dead in a Los Angeles jail cell in 2017). And I didn’t meet her in her body, right; I met her through this work.”

“In my tradition, you offer things that your loved one who passed away would want, whether it’s honey or tobacco or things like that,” Cullors explained, referring to the creation of an “ancestor altar,” which is sometimes practiced in African cultures. “It’s so important, not just for us to be in direct relationship to our people who’ve passed but also for them to know we’ve remembered them. I believe so many of them work through us.”

In an interview with The Politic in 2018, Cullors, who identifies as “queer,” advised that she began studying the Yoruba religion Ifa in her twenties and “started to make little ancestor altars in my office when I worked at the Strategy Center, to create a little space of ancestors with little pictures.”

Additionally, in an article published by the Berkley Center for Religion, Peace and World Affairs, researcher Hebah Farrag explained that “The Fight for Black Lives Is a Spiritual Movement.”

“The movement for Black lives … infuses a syncretic blend of African and indigenous cultures’ spiritual practices and beliefs, embracing ancestor worship; Ifa-based ritual such as chanting, dancing, and summoning deities; and healing practices such as acupuncture, reiki, therapeutic massage, and plant medicine in much of its work, including protest,” the article states in part.

“As traditional faith institutions face crises of trust, relevance, and membership,” she wrote, “this moment presents them with the opportunity to reexamine norms around the inherent dignity of human life as they grapple with their role in the mounting imperative for meaningful action. ”

Last month, podcaster Abraham Hamilton III exhorted Christians to use discernment during his episode “The BLM Connection to Witchcraft.”

“They’re not doing what you think they’re doing. You think they’re just honoring people. They are conjuring up spirits,” Hamilton lamented. “These people really believe that the names of the folks that they’re saying have become ancestral gods that they are summoning when they require the attendees at these marches and these rallies to say their name. We have got to evaluate everything through the word of God.”

It’s time that Christians realign themselves with Gods word instead of the occultic practices of BLM.