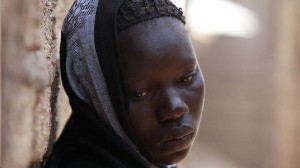 (WNS)–Terrorist group Boko Haram used at least one of the kidnapped Nigerian schoolgirls as a suicide bomber, a Nigerian human rights lawyer confirmed Thursday at a congressional hearing on international religious freedom.

After a month long investigation, Emmanuel Ogebe has “positively identified one of the remains recovered from the site of a school bombing as that of an abducted Chibok schoolgirl,” he wrote in a testimony submitted to the House Subcommittee on National Security. Boko Haram kidnapped nearly 300 girls after raiding their school in April. A month later, it claimed all the girls had converted to Islam. Many speculated the terrorist group turned the girls into bombers after a string of suicide bombings by young women in northern Nigeria.

Testimony at the hearing tied U.S. national security concerns to the breakdown of international religious freedom and criticized the State Department’s weak handling of the issue. Subcommittee Chairman Jason Chaffetz, R-Utah, noted he was “hard-pressed to name any countries where United States engagement on international religious freedom has made a measurable impact to lessen the persecution of religious minorities.”

In the meantime, things have worsened for Nigerian Christians: Last week one Catholic diocese said Boko Haram had killed 2,500 of its members. Ogebe also criticized the State Department for denying the group has attempted to target Americans. He mentioned American lawyer Vernice Guthrie, who WORLD News Group reportedwas in the UN building Boko Haram attacked with a suicide bomb in 2011.

Even with the growing threat of Islamist groups, the State Department still isn’t prioritizing international religious freedom, said Thomas Farr, director of the Religious Freedom Project at Georgetown University. He pointed to the nearly yearlong vacancy of the position of ambassador-at-large for international religious freedom, which the Obama administration only recently nominated Rabbi David Saperstein to fill. Even with Saperstien in place, Farr questioned how many resources the State Department will provide him. The position does not report directly to the secretary of state, unlike others such as the ambassador-at-large for global women’s issues.

“You can be sure that this marginalization of the ambassador in U.S. policy is not lost on American diplomats, nor is it lost on foreign governments and those who persecute on the basis of religion,” he said.

The State Department has also neglected to consistently update its report of designated Countries of Particular Concern. During President Barack Obama’s tenure, the list has only been updated twice, once in 2011 and again last July. Karina Lantos Swett, chair of the U.S. Commission on International Religious Freedom stressed the importance of keeping up with the designations as situations change and actually implementing sanctions on the listed countries. She recommended creating a religious freedom advisor in the National Security Council, noting “if you overlay the list of Countries of Particular Concern with the list of countries of particular national security threat to the United States, it’s shocking how closely those two lists mesh.”

In a separate panel, the State Department’s Sarah Sewall, the undersecretary for civilian security, democracy, and human rights, seemed unfamiliar with the number of Christians killed by Boko Haram in Nigeria and deflected the question of whether Christianity was the most persecuted religion in the world, stating she didn’t have the numbers. Instead, she focused on the work the department has done with a regional coalition to fight Boko Haram.

To stop terrorist threats, the United States needs to toughen up against regions that stifle religious freedom, Swett said: “When you have societies that repress, oppress, persecute on the basis of sectarianism and religion, you create the seedbed for extremism, for violence, for instability, and, ultimately, for the export of terrorism.”