Brady, Patriots Got Away With Cheating 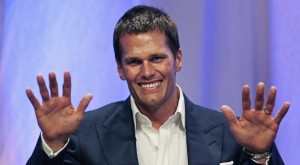 And what they won was the Super Bowl.

Cheaters never win? Tell that to Brady and Bill Belichick and that recidivist rules-breaking organization they call the New England Patriots. They won big. Hell, they won it all.

Brady has been suspended for the first four games of the 2015 season, and the Patriots have been docked $1 million and one draft choice in each of the next two drafts – a first-rounder in 2016, a fourth-rounder in 2017 – and none of it means anything compared to that ill-gotten Lombardi Trophy in Foxborough and those Super Bowl rings being worn by Belichick, Brady and the rest of them.

In the NFL the Super Bowl is the ultimate goal, the only goal. Everything else is a detail. Brady’s suspension? A detail.

Did you see it? Did you see this sentence, which is enough to make you realize that in Roger Goodell’s NFL, cheaters really do win?

“While we cannot be certain when the activity began,” Vincent wrote, “the evidence suggests that January 18th was not the first and only occasion when this occurred, particularly in light of the evidence referring to deflation of footballs going back to before the beginning of the 2014 season.”

The NFL suspects Brady’s been doing this for  “years”.

Common sense told us as much. A cheater is like a cockroach on your kitchen floor. For that one you see, there are 100 or more you don’t. That’s what common sense told us about the Patriots and the deflated footballs they used to beat the Colts in the AFC title game: This wasn’t their first time. To suspect that is one thing. To read as much from the NFL, in its official letter to the Patriots, is something much different, much worse.

“… in light of the evidence referring to deflation of footballs going back to before the beginning of the 2014 season.” 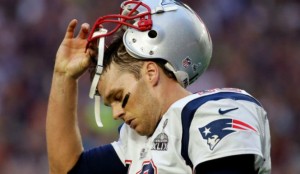 How far back? The evidence didn’t say. Most of the evidence was based on text messages between the two idiots who got caught, New England locker room attendants I’ll call Dumb and Dumber, but the Patriots’ dynasty began with the first of four Super Bowls won by Belichick and Brady after the 2001 season. So how far back does this go? We’ll never know. But the Patriots’ willingness to break rules extends publicly to SpyGate in 2007. Then Deflate-Gate in 2015. You think they didn’t cheat in the eight years in between?

How about the six years between 2001 and 2007?  You don’t think there are more cockroaches in this kitchen? The Patriots won this whole thing, believe it. They won the Super Bowl, and they won the penalty phase.

Four games for Tom Brady, who at 38 in August could use a break. A million bucks for a franchise Forbes says is worth $1.4 billion. A first-rounder. A fourth. Those are flesh wounds. They’ll draw blood, like so many flesh wounds do, but they won’t devastate the Patriots.

And the Patriots should have been devastated. Same for Brady. Not only did they cheat, but they didn’t cooperate fully with the investigation. Both locker-room attendants “were not fully candid,” according to Vincent’s letter to the team, and one of them – I think it was Dumb, though it could’ve been Dumber – refused a final interview request.

And Brady, the face of the NFL, refused to turn over relevant emails and text messages. He was hiding something, obviously. And all he got was four games? Is that for the cheating, or the obstruction?

Oh, right. It’s for both. He cheated the Colts, probably cheated a lot more teams than that, then refused to help the NFL get to the truth … and all he got for it was a lousy four-game suspension. And a T-shirt that says “2015 Super Bowl Champions.”

Brady and the Patriots were punished on Monday? Nah. They were patted on the head and told not to do it again. As if.