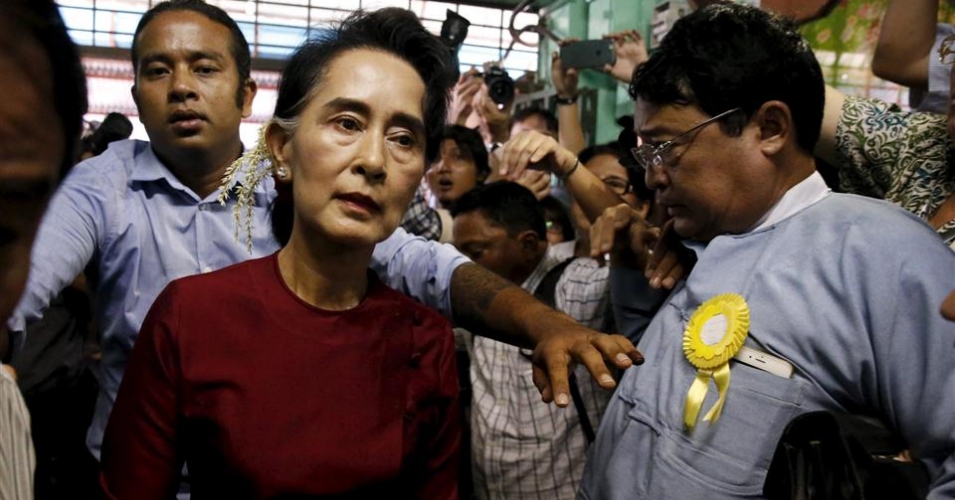 (WNS)–Leader Aung San Suu Kyi of Myanmar, also called Burma, on Sept. 19 said her country did not fear international scrutiny even as the United Nations and other international observers accused its military of ethnic cleansing.

In her first public address since the conflict broke out on Aug. 25, Suu Kyi said the government was gathering evidence of atrocities against Rohingya Muslims in Rakhine state and working to restore stability to the area. Suu Kyi, a Nobel Peace Prize recipient, drew international criticism for not condemning the security forces that have driven some 412,000 Rohingya into Bangladesh. Rohingya Muslim militants staged attacks on Myanmar security forces in Rakhine state in August, and a clearance operation by government forces followed. Many of the surviving Rohingya entered Bangladesh with bullet wounds and said the military had burned down their villages. The two groups have continued to exchange blame.

Suu Kyi said the country was committed to restoring peace and stability but first needed to understand the crisis. “There have been allegations and counterallegations,” she said. “We want to find out why this exodus is happening. We’d like to talk to those who have fled as well as those who have stayed.” She said Rakhine state has not experienced any armed clashes or clearance operations since Sept. 5, although witnesses told of fires seen in empty villages in recent days. Suu Kyi said the country stood ready “at any time” to take back the Rohingya refugees based on a verification process. In Burma, many of the Rohingya have no legal status or citizenship rights.

The military denied it targeted civilians and said it staged its operations to clear out terrorists. They accused international nonprofit organizations responding to the crisis of supporting the terrorists, and many of those organizations reported limited access to some of the affected areas.

Suu Kyi is the nation’s de facto leader and also serves as a state counselor, but the military still controls the ministries of Interior, Border Affairs, and Defense. Suu Kyi gained international commendation after spending 15 years under house arrest in opposition to the country’s military rule. She received the Nobel Peace Prize in in 1991 and several other international awards in the following years that hailed her courage and determination. But her neutrality in the renewed clashes drew condemnation from Western leaders and other Nobel Peace Prize recipients, including Malala Yousafzai and Bishop Desmond Tutu.

Jurgen Haacke, an associate professor in international relations at the London School of Economics and Political Science, said part of the outrage stemmed from Suu Kyi’s failure to condemn the violence outright. But the military still has autonomy in security operations, he said, adding, “We don’t know enough about the relationship. She may believe this would undermine her relationship with the military.”

Human Rights Watch on Sept. 18 called on the United Nations Security Council to impose sanctions and an arms embargo on the military in response to the ongoing crisis. The Myanmar government last week formed a committee to implement the recommendations of an advisory commission on improving the living conditions in Rakhine state. Haacke said the recommendations could help, as long as the violence is curtailed.

“It’s going to take time to work out, and violence, to the extent it’s happening, is not going to remove the distrust,” he said.