But for the grace of God….

In the movie “Lincoln”, Daniel Day-Lewis gives an epic and moving performance portraying the 16th POTUS during the latter stages of the Civil War. It’s one of my favorite movies as I believe it gives us a look inside the evolving faith and moral compass of a man born to be who he was to the nation. And since I’ve been saved, I tend to see most things in my own life through a similar faith lens. This was true while watching that movie yet again last week. When I read his writings and listen to this particular movie’s historical recounting of Lincoln’s last days, I can’t help but come away with the feeling that the President was a man consumed by his role during the Civil War, and even more so by the question of the 13 Amendment abolishing slavery. Yet through it all he seemed fully aware that God, while using him to bring to fruition a just cause, would ultimately make the call, both in terms of ending the war as well as the question of abolition. Lincoln’s humble approach to the crisis’s in his own life, as well as his ability to translate life’s lessons into the will to eradicate slavery as the “moral, social and political evil” it was, allowed the “Great Emancipator”, with the help of Almighty God, to change the history of not only his own country, but that of the world.

On a much smaller scale of course, and as I’ve shared with you all many times, I was always a believer, just not a saved one. I rumbled through this life on my way to Christ and came upon many obstacles and sign posts if you will along the way. All was not pretty, (and at times tumultuous), but I made all decisions based on the free will granted me by my creator, reaped all the rewards and paid all the prices associated with those decisions. There were indeed more serious crisis’s in my life however, that seemed to come upon me like the weight of a mountain, and made me question God’s plan for me. Mind you, while I’ve always been one to put things in their proper perspective, those difficulties did include a couple of occasions when I nearly lost my life, only to be plopped right back in the game by who I now know was my Lord and true Savior Jesus Christ. (It is true He wants no one to perish). I also understand now, that He was not finished with me yet at those critical moments and that He already knew I would play a role in the lives of two very special people whom I didn’t even know at the time. He knew my heart’s desire, and He knew I had much to offer if I would simply accept His gift and move forward. Well, the long and short of it is, my wife and son have been the greatest gifts Jesus has bestowed upon me in all my 50 something years. Becoming a husband and father has left me with no regrets and the notion that if I passed on to the next life today, He has been good to me in ways I simply cannot express or repay.

That said, apparently the race is still not finished…

(As a point of reference for this read, clearly we do not live as those who walked in the time of Jesus. This is both good and bad as He has allowed us to prosper greatly in both human discovery and knowledge. The good being the human condition has been greatly improved by those advances over millennia. But the bad is that many of those same discoveries have led mankind down a road of nutritional and environmental Armageddon if you will, which is slowly but surely going to erase all of the aforementioned gains). 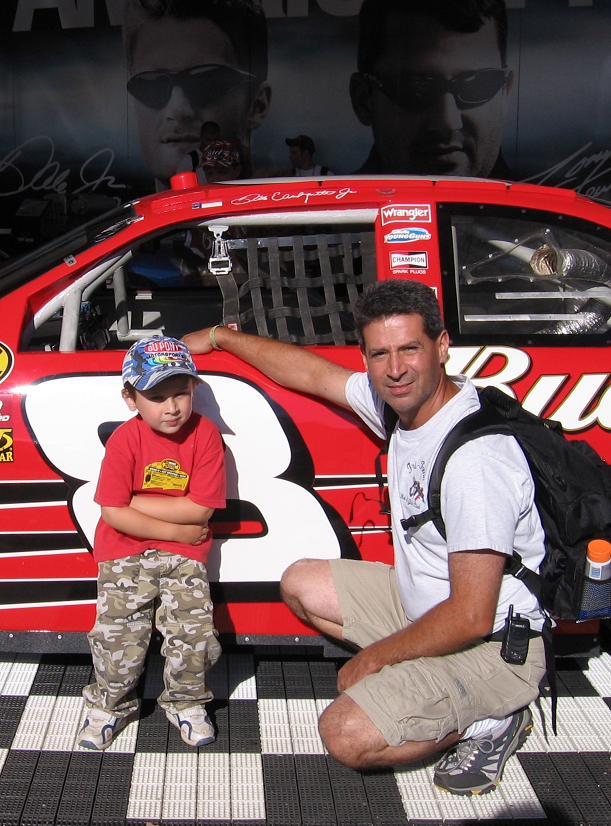 Recently, all seemed as it should be in my life when I began to have serious health complications which ultimately lead me to the doctor’s office. And while I am someone who knows my doctor well, a trip for diagnoses of something you know is serious is still never pleasant for anyone. After some emergency testing I came to the abrupt realization that “He” had stepped in yet again…

My blood sugar was an unnerving 670 at the time of testing and likely much higher before that. I was severely dehydrated and according to the medical folks physically in danger of dying from associated complications. My God, I’m a type II diabetic…

In my Biblical approach to the diagnoses I very quickly saw it as God telling me once again that a radical lifestyle change was immediately necessary and that I was not yet finished on planet earth. For the sake of brevity and my editors space constraints, the last month and a half, with God looking over me, have seen my weight decrease by 17 pounds and my glucose levels come into the low 100’s. My wife and son, who follow a fairly strict and more natural and Godly diet, have made my transition to a healthier lifestyle far easier than I could ever have imagined, leading me to suspect that the Good Lord may have saved me for them way back when, only to use them to save me today.

Tying this all together, we live in a complex and at times dangerous world. And when I say dangerous, I mean that while it may come in the form of bullets and knives, it may also come in the form of physical illness and disease. So when God comes to you, you’d better be paying attention. Because He does indeed have a plan written for you, and only He knows what’s contained in the final chapter. It may be something as worthy and notable as ridding your nation of the scourge of slavery, or maybe discovering a cure for disease. Or it may simply be happening on a motorist whose vehicle has gone off the road and you arrive at just the right moment to save a life not finished yet either. Moreover, being saved by grace and forgiven my sins by an all-powerful and loving God, has added a new dynamic to my life no matter the days left in it. Christ has a way of sharpening your senses and level of awareness of everything from the most compromised around us, be they sick children or the elderly/afflicted, or even a homeless and shivering animal left to die, to the ways of the world and the collective good of all humankind. So was the case for President Lincoln as he faced malaria and smallpox in his own life, the loss of three of his four children and the creeping cynicism that often accompanies the human condition in the face of overwhelming death and despair. Lincoln faced down these trials and trusted in what he often referred to as “Divine Providence” to deliver him and the country to unification and a “just and lasting peace” … It didn’t come easily to be sure, but we may be thankful to the God that made us, that He also made and guided Abraham Lincoln. In that vein, my trials are the sounding posts that I learn from and use to grow closer to Him that made me every day. And the very obvious junctures where logic says I should have gone away, I now recognize as a loving God’s intervention as He continues to mold and shape me from beginning till end. 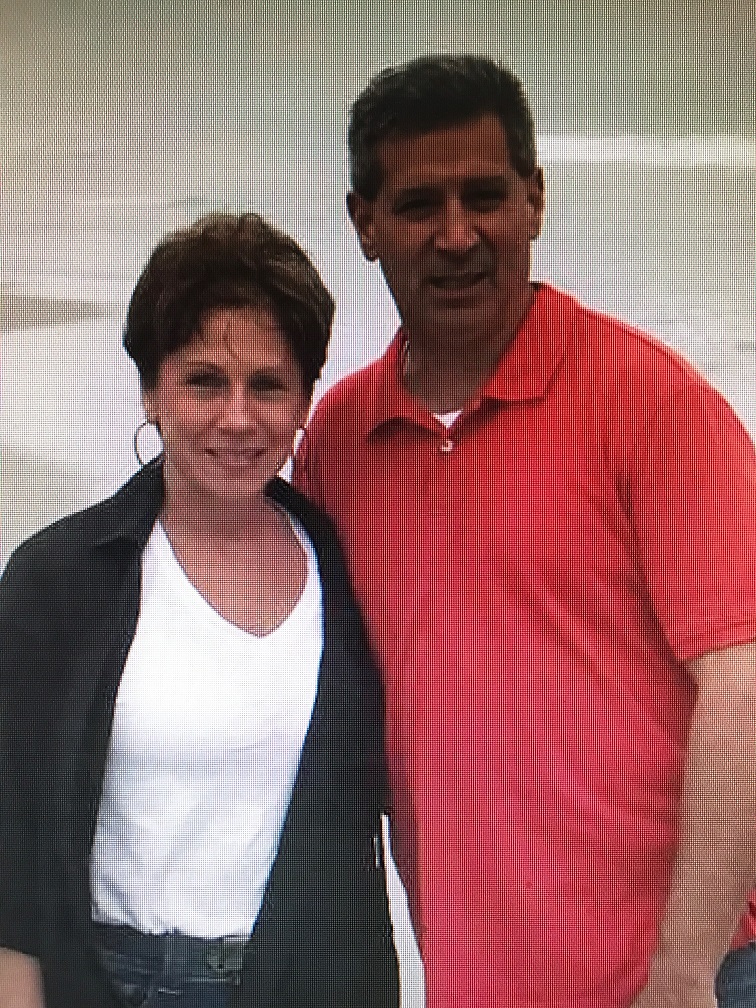 Fred with his wife Janie

I must admit however, that as I take clear stock of all that I have achieved in this life to this point, and as He helps me to understand my role as husband to a faithful and beautiful wife and father to a son who possesses his mother’s overflowing heart and caring soul, I’m still wondering what’s next. What plan does He have for me? Is it that I’m privileged to carry words He puts on my heart to you every month in the form of someone else’s ministry, maybe put into paragraphs the politics of the day for good or bad, or does He have an even more grandeur plan for me? Or maybe it’s simply to see my family on to its best way forward and depart this life as His humble servant only? Whatever the case, my point is that you mustn’t ignore Him or what He’s trying to do in your life. For while we continue to think as the human beings He made us to be, that we may actually know what’s contained in that “tree of knowledge”, only (He) knows all that can be known. And to search beyond our faith my friends is vanity, only man’s vanity…

Thank you Jesus, for another day, and may I be worthy of the next…

“Fondly do we hope—fervently do we pray—that this mighty scourge of war might speedily pass away…. Yet if God wills that it continue, until all the wealth piled by the bond-man’s two hundred years of unrequited toil shall be sunk, and until every drop of blood drawn with the lash, shall be paid with another drawn with the sword, as was said three thousand years ago so still it must be said, “the judgments of the Lord, are true and righteous altogether.” Abraham Lincoln: Second Inaugural Address 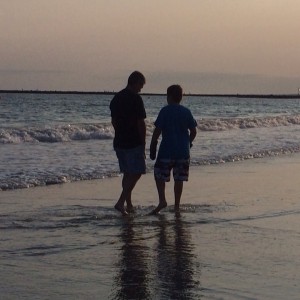 Fred and Zach discussing the finer points of life

I thought this said it better than I ever could, from Pastor John Piper of www.desiringGod.org : “I pray for all of you who suffer loss and injury and great sorrow that it will awaken for you, as it did for Lincoln, not an empty rejection of all religious and moral principles, but a deeper reliance on the infinite wisdom and love of God’s inscrutable providence. “Oh, the depth of the riches and wisdom and knowledge of God! How unsearchable are his judgments and how inscrutable his ways!” (Romans 11:33).

Oh, and please be aware of the body He gave you and have your blood glucose levels checked today, especially if you’re symptomatic. If you’re unsure of your symptoms call your doctor immediately and get more information at www.diabetes.org