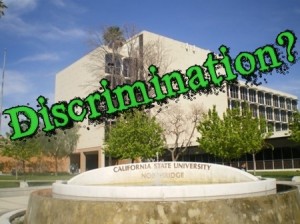 (WNS)–Four years after the U.S. Supreme Court ruled a California university could force Christian groups to accept non-Christian leaders, all of the state’s public universities have adopted the policy, pushing one of the nation’s largest Christian groups off 19 campuses.

Leaders with InterVarsity Christian Fellowship announced this month that all 23 of its affiliated chapters in the California State University System would move off-campus this fall, operating as unofficial student groups.

The change, although not unexpected, is forcing the group to rethink its approach to ministry. New student outreach efforts will include mobile banner stands, interactive displays, social media, and other techniques that aren’t dependent on access to official university channels.

“Our campus-access challenges give this generation of students an opportunity to reinvent campus ministry,” said Greg Jao, InterVarsity’s national field director. “Even as we use new tools and techniques, we remind students that effective ministry is ultimately relational. It’s about students inviting other students to follow Jesus.”

California’s challenge to Christian student groups started with the Christian Legal Society (CLS) at the University of California’s Hastings Law School. Administrators there instituted an “all-comers” policy that required all groups to be open to all students, regardless of beliefs. CLS and other Christian groups, including InterVarsity, ask student leaders to affirm a statement of faith that defines their shared Christian belief.

In 2010, the U.S. Supreme Court upheld the policy in a narrow ruling that pertained only to Hastings. Although the California university system has rolled out the policy at all its campuses, conservative legal experts say they’re taking the interpretation too far. At Hastings, the high court ruled a true all-comers policy did not violate students’ Constitutional rights because it was universally applied. But on other campuses, administrators have provided exceptions for gender-based groups like fraternities and sororities, raising questions about whether the policy is as neutral as it claims to be.

The California campuses are not the first from which InterVarsity has had to withdraw in an official capacity. In 2011, Vanderbilt University in Nashville, Tenn., also adopted an all-comers policy. Rather than sign an agreement pledging to consider non-Christians for leadership positions, InterVarsity’s Graduate Christian Fellowship and about a dozen other Christian groups moved off campus. Other private colleges have followed Vanderbilt’s lead, though not at the pace some campus Christian ministries feared. In May, InterVarsity leaders at Bowdoin College in Brunswick, Maine, had to step down because they would not sign a similar policy requiring them to allow lesbian, gay, and other non-heterosexual students to be leaders.

And while Vanderbilt’s policy made ministry more difficult, Christian groups there haven’t disappeared. In a message to InterVarsity donors, Jao said the end of acceptance for Christians on college campuses creates an opportunity.

“Our position will cost us,” he said. “But I think the campus-access challenge gives students an opportunity to say, some might be afraid to pay the price, but not this generation of world changers. … Throughout the country, we’ve found that our staff and student leaders respond to derecognition with greater creativity, boldness, and risk-taking. And, perhaps more importantly, they’ve deepened their convictions as disciples, evangelists, and leaders.”