California launches an attack against churches!?

By The Horn News

Assembly Bill 2943 would make it “unlawful business practice” to engage in “a transaction intended to result or that results in the sale or lease of goods or services to any consumer” that engages in “sexual orientation change efforts with an individual.”

The bill explains “sexual orientations change efforts” as “any practices that seek to change an individual’s sexual orientation. This includes efforts to change behaviors or gender expressions, or to eliminate or reduce sexual romantic attractions or feelings toward individuals of the same sex.” 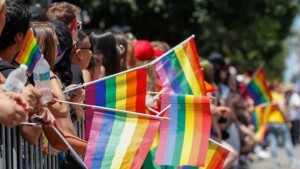 In other words, if a California churches Sunday School teacher mentions that boys shouldn’t wear dresses, the entire congregation could be shut down. This California law would prevent Christians from practicing their own beliefs.

Christian orthodoxy is simple — whether a human has desires of gender expression, they must not act on those desires. Men are men. Women are women. It’s that simple, right? Not if this California bill passes. It says that your gender and orientation are your identity — it doesn’t matter if Christians believe they find their identity through Christ.

The National Review explains, “The state is creating a new religion of sexual libertinism, declaring that religions opposing it aren’t just false but harmful, and then prohibiting contrary religious exercise.”

Whether people agree with Christians’ beliefs or not, no state should be allowed to ban their practices. “No state legislature should be permitted to ban a ‘good’ (such as a book) or a ‘service’ (like counseling) that makes these arguments and provides them to willing, consenting consumers,” reported the National Review.

As reported by The Daily Wire, “By suggesting that any attempt to change behavior or gender expression amounts to illegal activity, the state of California essentially bars all transactions involving parenting and religious instruction not in line with the socially leftist worldview.”

This new bill is not just unconstitutional, it is complete tyranny. If a four-year-old boy told his parents that he felt like a girl, this new bill would make it unlawful for the parents to take the boy to counseling or buy him a book on how to grow out of that awkward stage in his life.

California continues to move towards becoming an insane, out-of-control nanny state. The bill has already made it past two separate committees, and it would come as no shock if it makes it to the halls of the U.S. Supreme Court.