(WNS)–A bill pending in the California legislature seeks to strip faith-based colleges and universities of the centuries-old tradition of interweaving academics with religious doctrine. SB 1146 would force Christian schools to relinquish their fidelity to Scripture as a distinguishing characteristic of their institutions or risk lawsuits for religious and sexual discrimination.

The state’s Equity in Higher Education Act (EHEA) prohibits discrimination based on sexual orientation, gender identity, and religion. The new bill removes its exemption for faith-based schools. State Sen. Ricardo Lara, a Democrat, authored the bill and called the exemption a “loophole” and a “license to discriminate.” If passed, only seminaries would be eligible for the exemption. 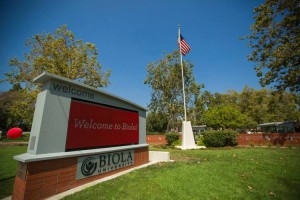 Opponents argue the impetus for drafting SB 1146 is a baseless presumption of wide-spread and systemic discrimination against LGBT students on Christian campuses. The emotionally charged allegation stands in contrast to the bill’s threat to constitutionally protected religious liberty and indicates an ignorance of the role faith-based schools play in a pluralistic society.

“We are not willing to forego our biblical and covenantal convictions regardless of what laws are passed,” William Jessup University President John Jackson told me. “Jessup continues to believe we are to submit to Scripture and operate in accordance with the Constitution of the United States and the Bill of Rights that includes the First Amendment providing for freedom of press, association, and religion.”

Another provision of the California bill would require schools receiving a Title IX waiver to disclose that information to the California Student Aid Commission, students, and staff. Kristen Soares, president of the Association of Independent California Colleges and Universities, supports transparency but continues to press for the exemption. Thirty-four of the 78 schools AICCU represents would be affected by the bill should it become law.

SB 1146 passed the state Senate on May 26. The state Assembly postponed its vote until next week—an encouraging sign, Soares said. She met with Lara on June 10 in an ongoing effort to convince the senator to amend the bill to keep the exemption in place for all faith-based schools. She said convincing Lara, who is gay, of the significant role religious freedom plays in the operation and mission of faith-based schools has been her main talking point.

“[Religion] is infused in the entire institution. You can’t parse it out,” Soares said. “You can’t draw a line down the middle and say this part is religious and this is not.”

According to Soares, Lara said he does not want his legislation to penalize students who want to attend faith-based schools. But SB 1146 does just that by denying schools their constitutionally afforded right to inextricably link academics and doctrine, she said. The bill also conflicts with the guaranteed free exercise of religion afforded by the California and U.S. constitutions.

“There’s a disconnect,” said Lee Wilhite, a Biola University spokesman. “To deny students the opportunity to come to a distinctly faith-based school—that’s not right.”

According to a five-page statement drafted by Biola, SB 1146 “would change the face of Christian higher education in California as we know it today.”

The bill is a solution in search of a problem, Wilhite said.

But Lara cites as evidence to the contrary an increase in the number of universities and colleges requesting exemption from Title IX compliance in the past three years. In 2014, President Barack Obama drastically altered the meaning of the 1972 federal legislation prohibiting sex-based discrimination by any school receiving federal funding. The term “sex,” according to the Obama administration, now includes gender identity. Unable to affirm that interpretation, Christian schools across the nation that had not requested a Title IX waiver in decades sought new relief.

Biola students who are same-sex attracted and committed to living by the school’s biblical position on human sexuality meet with designated staff members who support students in those efforts, Wilhite said.

About 420 miles to the north, WJU students are similarly exhorted to live according to the biblical covenant they voluntarily sign at admittance.

“When we have students who struggle with any issue, including human sexuality, we humbly and with great grace encourage our students to live in submission to the word of God under the power of the Holy Spirit,” Jackson said.