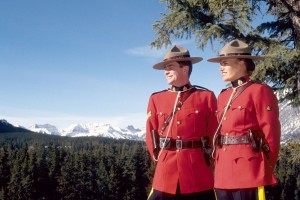 President Donald Trump’s crackdown on illegal immigration has prompted many illegal immigrants to flee north toward the border of Canada, a country often regarded as a liberal-haven that is, in the words of its Prime Minister Justin Trudeau, “an opening and welcoming society.”

However, even “The Great White North” has found that mass illegal immigration is a much more pervasive problem than once thought.

In a piece for the New York Times titled “Migrants Fleeing to Canada Learn Even a Liberal Nation Has Limits,” writer Dan Bilefsky details the multitude of problems the country is experiencing amid a rapid influx of immigrants seeking to enter the country illegally.

“Canadian officials are warning that even liberal Canada has its limits amid concerns, fairly or not, that illegal migration is stretching the immigration system to a breaking point and risks stoking a potential backlash,” Bilefsky wrote.

Ahmed Hussen, Canada’s minister of immigration, noted that the country is proud to welcome immigrants, but not everyone.

“We don’t want people to illegally enter our border, and doing so is not a free ticket to Canada,” Hussen stated in an interview before thoroughly detailing the consequences that immigrants will face if caught trying to cross the border illegally. “We are saying, ‘You will be apprehended, screened, detained, fingerprinted, and if you can’t establish a genuine claim, you will be denied refugee protection and removed.’”

An enormous backlog of asylum seekers looking to enter the country already exists, and a lack of judges to adjudicate the cases means that the process of legal immigration “can drag on for as long as two years,” according to Bilefsky.

In response, Canada has begun mobilizing members of parliament to relay the message to hopeful immigrants that the Canadian asylum policy has its limits, reportedly hoping to urge immigrants to cross the border under legal guidelines.

“There is a disconnect between Trudeau’s hashtag ‘Welcome to Canada’ and the reality that the system is overwhelmed,” conservative party member Michelle Rempel said.

“It can lead to a nationalist blowback like we have seen in Europe,” she added.

Recent statistics released by the Canadian government display just how big of an issue illegal immigration has become in the country.

In August 2017, 5,530 immigrants were intercepted as they attempted to cross the U.S.-Canada border illegally into Quebec, the Global News reported.

Quebec already has a multitude of issues regarding assimilation into the province as it tries to cling to its French-derived Quebecois while being surrounded by a country that is dominated by the English language.

Bilefsky notes that in Quebec, “immigrants are required to send their children to French-only schools.”

The Times noted that the country may once again be bracing for a wave of immigrants trying to enter its borders as the Trump administration announced Monday that the protected status of nearly 200,000 Salvadorans would not be renewed.

The cancellation of the Temporary Protected Status (TPS) for Salvadoran immigrants will officially go into effect on July 22, 2019, Forbes reported.