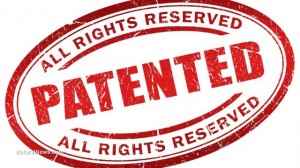 (NaturalNews) As the Ebola crisis rages on, details about who the stakeholders are in this global disease operation have emerged — and yes, the U.S. government is one of them. Dave Hodges from The Common Sense Show reports that none other than the Centers for Disease Control and Prevention (CDC), the Department of Defense (DoD) and Monsanto all stand to gain from this manufactured Ebola crisis and the vaccines that were already being developed for it nearly 10 years ago.

In the second part of a three-part series on Ebola, Hodges warns that mandatory vaccinations are definitely on the agenda, with the CDC expected to generate large returns on investment for each one administered. The agency apparently owns the patent not only on the original Ebola strain, as it was supposedly “discovered” back in the 1970s, but also on all future Ebola strains that might emerge in the future.

This patent, which Hodges recently posted on his website, reveals that the CDC claims ownership over Ebola, meaning it can also claim royalties on the distribution and sale of Ebola vaccines. The DoD is also in on the scam, having contracted with Tekmira Pharmaceuticals Corporation, a leading RNA interference therapeutics developer, to develop a vaccine for Ebola.

But this is hardly a recent development — the government has been working with multinational corporations like Tekmira to develop vaccines for Ebola since prior to 2006, long before the current outbreak. Bill Gates has also invested heavily in the development of such vaccines, footing $50 million in “aid” to the United Nations to “fight Ebola.”

This fight, of course, is more of a commercial endeavor rather than a humanitarian one, as evidenced by the various partnerships involved. Gates, Monsanto and others quietly invest “seed” money to initiate product development; the government and media play along by hyping whatever crisis is needed to generate demand for the product; and at just the right time, the vaccine is launched and millions are subjected to it.

In this case, both the CDC and the National Institutes of Health (NIH) are among the key players in promoting the Ebola vaccine. While the CDC owns the patent on Ebola itself, the NIH owns the patent on Ebola vaccines. As it turns out, the NIH has collaborated with the Vaccine Research Center (VRC), a division of the National Institute of Allergy and Infectious Diseases (NIAID), and Crucell, another vaccine developer, to commercialize an Ebola vaccine in the very near future.

This agreement dates back more than a decade, with Crucell entering Phase I clinical trials for said vaccine back in 2006. Several years later, the NIH and NIAID awarded Crucell with further funding to advance the development of a multivalent filovirus vaccine to treat not only Ebola but other similar viral infections that cause severe hemorrhagic fever in both humans and nonhuman primates.

“The work on an Ebola virus [vaccine], sanctioned by the holder of the patent for the vaccine, the NIH… has been ongoing since 2004 with clinical trials in 2006,” wrote Hodges. “This explains why the CDC and the NIH are bringing Ebola patients into the country to treat. The moment that an Ebola patient crosses the U.S. border, they become the intellectual property of the CDC, NIH and Bill and Melinda Gates!”

You can read Part I of Hodges’ report on Ebola, the CDC and the plan to vaccinate the entire world against Ebola here: TheCommonSenseShow.com.