Change Things With a Positive Attitude 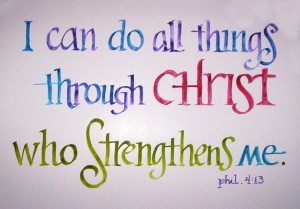 SCOTT DEPOT, WEST VIRGINIA (ANS) — Attitude may relate to the posture or position of the body. It could also have to do with how one acts, feels or thinks. Or it could be concerned with one’s disposition, opinion, and mental set. Any good dictionary will also define the word as “The position of an aircraft or spacecraft in relation to a given line or plane, as the horizon.”

Finding out what another person thinks or determining how they feel may be attempting the impossible. How can any of us know what is in the mind and heart of another? The Bible states: “For the word of God is living and active . . . it judges the thoughts and attitudes of the heart” (Hebrews 4:12 NIV).

It is not so much what happens to a person, but how he reacts to it that makes the big difference. Suffering in horrendous ways, at the hands of Nazi soldiers in her native Holland, it was the gracious Corrie ten Boom who said: “Don’t bother to give God instructions; just report for duty.” Every time I talked with her, I marveled because of her thoughts about life. She had every reason to be bitter, but her positive attitude overcame the bitterness.

Vern McLellan, prolific author wrote, “Whines are the products of sour grapes” and “work with the construction gang, not the wrecking crew.”

Someone once wrote, “The best attitude to have toward one’s daily work is a keep-at-it-tude.” Vern McLellan was an accomplished violinist whose music I enjoyed in many large gatherings over the years. He knew what a famous conductor meant when he said, “The most difficult instrument to play is the second fiddle. To find a violinist who can play second fiddle with enthusiasm — that’s a problem. But if we have no second fiddles, we have no harmony.” Would our world or neighborhood be more peaceful if we had more people who were willingto do their very best playing the second fiddle?

One of my favorite pieces of poetry, “The Set of the Sails”, was written by Rebecca R. Williams.

“One ship drives east and another west,
With the self-same winds that blow;
‘Tis the set of the sails and not the gales
That determines where they go.”

An ancient Hebrew proverb speaks of attitude in life. One says, “A relaxed attitude lengthens a man’s life; jealousy rots it away” (Proverbs 14:30 TLB).

Have a positive attitude about life and it will be apparent to others. You won’t have to waste time