Long has the International Christian Embassy Jerusalem (ICEJ) been among the more visible and active Israel-based organizations representing Christian Zionists worldwide. For well over 30 years, the ICEJ has worked tirelessly for Zion’s sake.

But none of that prevented Israel’s Chief Rabbinate this month from calling the ICEJ a “spiritual threat” based on allegations that the ministry’s events, in particular the annual Feast of Tabernacles, are a platform a proselytize Jews.

A letter signed by both chief rabbis, David Lau and Yitzhak Yosef, read:

“It has come to our attention that those engaged in missionary activity under the auspices of the Christian Embassy in Israel are organizing a large conference during the days of Sukkot. Part of this organization’s goals is to convert Jews from the religion of Israel and bring them under the wings of Christianity. …Such a thing is severe and contrary to the foundations of our faith, and as such must be condemned and the public must be warned.”

The rabbis urged fellow Israeli Jews to “not take part in this conference, despite that the organizers are friends of the State of Israel. In practice, this event represents a spiritual threat that undermines [Israel’s] Jewish character.” 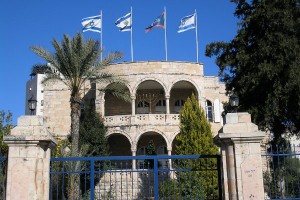 Every year at the Feast of Tabernacles, the ICEJ hosts an “Israeli Night” to which all Israeli citizens are invited free of charge to witness the burgeoning love and support for their nation by Christians from all over the globe.

Last year’s “Israeli Night” featured hundreds of IDF soldiers – Jews, Druze and Christians – who had only months earlier defended the nation during the brutal Gaza war. The Israeli guests were clearly touched by the gesture. And there was no evangelism component to the night.

ICEJ Media Director David Parsons had the following to say in response to the rabbis’ warning:

“The International Christian Embassy Jerusalem was disappointed to learn of the letter issued by the Chief Rabbinate concerning our organization and our annual Feast of Tabernacles celebration. The ICEJ has always respected and upheld the laws of the State of Israel, including those covering missionary activities, and it is regrettable that the Chief Rabbinate acted solely on the misrepresentations of those bearing false witness against us.”

Parsons noted that “over the past 35 years, the ICEJ has established a strong, proven track record of sincere friendship and support for Israel as a Jewish state.”

The ICEJ has worked closely with the Knesset, Israel’s Foreign Ministry and Tourism Ministry, the Jewish Agency and Yad Vashem on projects ranging from public relations in parliaments around the world, mass pro-Israel rallies in foreign capitals, and the assisting no fewer than 120,000 Jewish immigrants to come home to Israel.

Parsons concluded by stressing that according to biblical tradition, Gentiles are to be welcomed to Jerusalem during Sukkot. “It is thus a shame that some are trying to scare the Israeli public against us,” he lamented, cautioning that the chief rabbis’ decision “could do much harm to the new level of close Jewish-Christian relations that have developed over the past 60 years.”