In the continued struggle on foreign trade, China recently named 128 U.S. products that will be subjected to new tariffs.

According to the Washington Examiner, the proposed tariffs were in response to President Donald Trump’s push to impose America’s own tariffs on imports from the foreign country that would affect nearly $60 billion worth products made in China.

In a memo, Trump said that “this is the first of many” trade actions from the U.S., alluding to the idea that there will be more to come.

The 128 U.S. products named by China were said to include items such as pork, wine, fruit, and steel, and amounted to nearly $3 billion worth of goods, according to The New York Times. 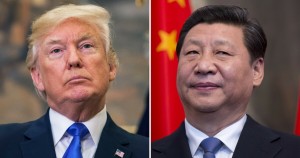 However, the sudden trade change was not without its warnings, as Chinese officials had previously stated that China would take action in a series of “two waves” if no solution was reached that would only prosper the relationship between itself and the U.S.

“China does not want a trade war with anyone,” a Chinese Embassy official in Washington said Thursday. “But China is not afraid of and will not recoil from a trade war.”

Chinese officials also stated that Beijing would be prepared for a trade war if called to it and that the foreign state is more than capable of riding the situation out until solutions were made.

“China is confident and capable of facing any challenge,” the statement continued. “If a trade war were initiated by the U.S., China would fight to the end to defend its own legitimate interests with all necessary measures.”

Completing this poll entitles you to The Western Journal news updates free of charge. You may opt out at anytime. You also agree to our Privacy Policy and Terms of Use.

Officials stated that that tariffs imposed by China would effectively “balance out” the numerous losses the country would sustain by the sanctions laid out by the Trump administration.

The foreign embassy further alleged that the U.S.-imposed tariffs would only have a negative impact on America’s future of consumerism, calling the tariffs “self-defeating.”

“We urge the U.S. to cease and desist, make cautious decisions,” the statement said. “And avoid placing China-U.S. trade relations in danger with the purpose of hurting others that eventually end up hurting itself.”

Reports were also made that suggested China would possibly take legal action within the detailed framework of the World Trade Organization.

However, officials at the White House remain adamant about the newly-imposed tariffs, claiming that the sanctions on Chinese-made goods were punishment for the foreign country’s reported “use of pressure and intimidation” in order to obtain both technology and trade secrets of the U.S.

“We do seem to be entering a trade war,” said Eswar Prasad, who is a senior professor of trade policy at Cornell University. “The U.S. has unsheathed its sword after an extended period of saber rattling and the Chinese are now unsheathing their weapons.”

Though experts such as Prasad and others continue to hope for the best and that a solution may be found between the negotiating countries, Prasad highlights that both leaders of their nations — especially Trump — will make whatever political move necessary in order to advance their respective countries.

“I hope this will not spiral into a very broad set of sanctions on both sides,” Prasad added. “But I think, given Mr. Trump’s instincts and his very keen desire to deliver a political win whatever the political fallout might be, I don’t think it can be tamped down now.”