(WNS)–Human rights and religious practice are increasingly eroding in China, according to several witnesses who testified Thursday before the Congressional-Executive China Commission.

“In the last 18 months, religious freedom abuses have reached levels not seen since the Cultural Revolution” of the 1960s and ’70s, said Bob Fu, president of ChinaAid, a U.S.-based human rights organization.

The hearing came as the United States prepares in September to host Chinese President Xi Jinping for the first time. It also came amid an ongoing crackdown against numerous groups in China.

“China gets a pass on human rights—they have for far too long,” said Rep. Chris Smith, R-N.J., who chairs the bicameral commission with Sen. Marco Rubio, R-Fla. 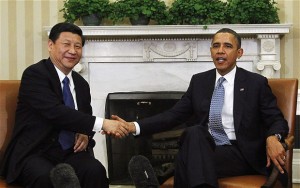 Since last year, the communist government has systematically removed hundreds of crosses from atop churches—totaling more than 1,500, according to Fu—and completely destroyed some churches. Fu said the harassment has for the first time extended beyond unapproved house churches and to the government-approved Three-Self churches. He called on the U.S. State Department and President Barack Obama to officially condemn China’s actions against churches.

Rebiya Kadeer, president of the World Uyghur Congress, told the panel Chinese officials increased their pressure on Muslims during Ramadan in 2015. Muslims were not allowed to take off work during Ramadan, and some were reportedly forced to eat or drink in public—including children in schools—to demonstrate they were not fasting.

“I don’t know anywhere in the world where Muslims are persecuted like the Uyghur Muslims in China,” Smith said.

This month China launched a crackdown on human rights lawyers, detaining some 50 in an operation that now includes more than 200 who have been detained, questioned, or reported missing. Fu said the number of imprisoned dissidents in the first 21 months of Xi Jinping’s presidency surpasses the 10-year total of his predecessor.

“This action shows the Xi Jinping administration has no intention of following its own law—let alone international law,” Fu said. He urged the Obama administration to cancel or postpone Xi’s September visit, unless China releases the jailed human rights lawyers: “With them in their dark cells of Chinese prison, I don’t see the benefit of a visit from Xi Jinping.”

Other witnesses at the hearing included Voice of America’s Losang Gyatso, who detailed ongoing oppression of Tibetan Buddhists, and Anastasia Lin, Miss World Canada 2015. Lin, a Canadian citizen whose family is in China, said her relatives have been threatened because she advocates for Chinese human rights. They in turn pressure her to stop speaking out. She said this is common for persons with family still in China.

“I think it would be shocking to most Americans to know that people living in this country, possibly American citizens, are being extorted through blackmail,” Rubio said.