A year ago, the brother of persecuted Chinese human rights lawyer Gao Zhisheng went to the attorney’s apartment, where he was under house arrest in China’s Shaanxi province, only to discover him gone. To this day, no one knows where he is.

For 23 days, Gao evaded authorities, sneaking into the neighboring province with two sympathizers. Then, Shaanxi officials crossed the border and found him hiding. They whisked Gao into custody and detained the two men with him. Since then, no one has heard from Gao.

Sometime later, Beijing’s authorities claimed that their special agents had Gao in custody, but no one has seen him, raising questions as to the legitimacy of their claim. 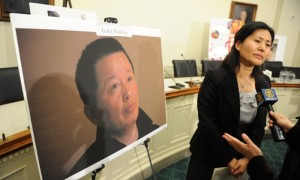 Before he vanished, the lawyer managed to pen a book in secret, titled Unwavering Convictions, describing his decade of repeated kidnappings, arrests, and torture. ChinaAid helped smuggle the book out from under the noses of his government minders, had it translated into English, and secured publishers for it in Taiwan, Hong Kong, and the United States.

ChinaAid strongly condemns Gao’s arbitrary arrest and demands that the Chinese government immediately and unconditionally release him, allowing him to reunite with his wife and children, who reside in the U.S.