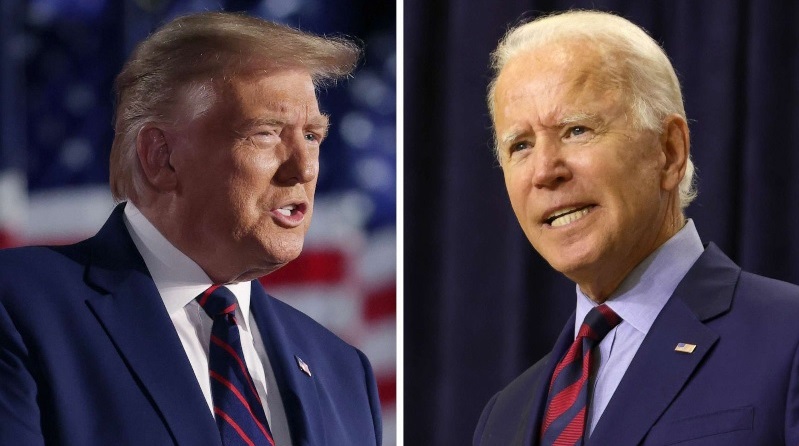 The higher the rating “indicates greater blessings from God” for following God’s Word.

The ranking was evaluated by Rev. Steven Andrew, pastor of USA Christian Church. According to the voting guide, President Trump is the only biblically qualified candidate to be president.

The grading criteria includes truthfulness, doing God’s will (fears God), protecting Christian religious liberty, hating covetousness, and God-given rights (Exodus 18:21, Genesis 1:27). President Trump’s highest grades are truthfulness (95%) for doing what he promises and hating covetousness (94%) by lowering taxes. On the other hand, Biden fails for removing God from the Pledge of Allegiance at the DNC and advocating to leave abortion survivors (babies born alive) to die.

“God’s blessings are with President Trump,” Andrew said. “Safety, strengthening churches, liberty, and economic recovery which also helps the poor are by voting for Republicans.”

“Christians see President Trump as a strong ally with Christian religious liberty, calling for churches to reopen, protecting prayer in schools, and ending the persecution of Christians,” Andrew said.

Andrew is on a mission to turn the nation to God and has reached over 80 million people with the Gospel. He leads the Christian group “America Is on the Lord’s Side” and is CEO of the popular USA.Life conservative Facebook alternative.

“Democrats removing God from the Pledge of Allegiance at the DNC is a covenant breaking act,” Andrew said. “The economy declined with Obama-Biden.”

“The Republican Party is moving toward God and calls for churches to open. While the Democrats are moving away from God with socialism/Marxism that causes poverty, increases crime, and opposes God-given rights,” Andrew said. “For national security the Bible teaches to vote for President Trump and Republicans.”