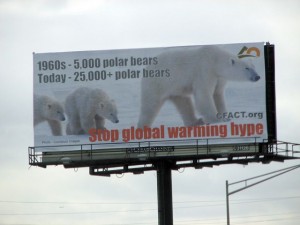 The city of Georgetown, Texas, was praised by the left for switching to green energy, but they paid the price by losing millions of dollars.

Georgetown began powering its city on green energy in April 2017 and budgeted $45 million to fund it, according to the Statesman. Unfortunately for Georgetown, their renewable energy bill ended up being $53.6 million, according to City Manager David Morgan.

The city was able to reduce the $8.6 million extra to $6.8 million through savings but was forced to pay the rest through reserves in the city’s energy fund.

Former Vice President Al Gore had praised Georgetown and featured the city in his 2017 film, “An Inconvenient Sequel,” The Daily Caller reported. During Gore’s visit to Georgetown in 2016, he said that the city was demonstrating how “affordable” and “predictable” renewable energy is.

“And one thing that Georgetown demonstrates to these other places that are just beginning to think about it is that the power supply is not only more affordable the cost is predictable for at least 25 years into the future and really beyond that,” Gore said.

So much for predictable. If that was the case, Georgetown wouldn’t have lost millions of dollars in unanticipated costs. It’s costing them big time,” vice president of research at the Texas Public Policy Foundation, Bill Peacock, told The Daily Caller News Foundation in an interview. “This doesn’t appear to be the first time they’ve lost money, just the first time it was big enough to have to go public with it.”

As a result of the extra costs, Georgetown is now seeking to renegotiate their wind and solar contracts. However, one Georgetown resident, Richard Gottlieb, brought up a good point: Energy companies might not be willing to negotiate a new deal considering the amount of money they’re making from the contracts.

“Why would you negotiate? You have the city over a barrel,” Gottlieb told the Statesman. Georgetown’s renewable energy mistake highlights one of the major problems with wind and solar energy: It’s not affordable, despite what Gore says.

One example of this is California, which will require solar panels on all homes built after 2020. The state’s solar panel requirement will increase the cost of building homes in California by $10,000. Another example can be found in Virgina, where newly-built wind turbines will cost taxpayers $300 million.

Without extremely generous government subsidies, solar companies would struggle to even stay afloat. It looks as though Gore might have been wrong about renewable energy’s affordability and predictability.