(WNS)–Science is defined as knowledge about, or study of, the natural world based on facts learned through experiments and observation, according to the dictionary. But apparently those facts are only worthy of publication in scientific journals if they agree with the political agenda of the day. At least that’s what two scientists who don’t believe in manmade climate change discovered recently.

The researchers, physicist Ned Nikolov and retired meteorologist Karl Zeller, developed a mathematical model that accurately predicts the surface temperature of a rocky planet using only two factors—electromagnetic radiation beamed into a planet’s atmosphere by the sun and the atmospheric pressure on the surface. The model worked for known temperatures of celestial bodies such as Mars, the moon, and Venus. 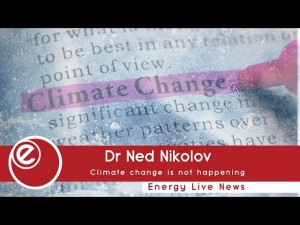 If it worked for Earth as well—and the scientists claim it does—the model would indicate any warming our planet may experience is not man-made but the result of solar radiation.

Despite their interesting hypothesis, Nikolov and Zeller had a problem: Over time, their research landed them on the politically wrong side of the climate change debate.

For years, Nikolov believed in global warming and humans’ culpability. But in the midst of information that came out of the 2009 “Climategate” scandal, he decided to investigate further. Climategate refers to an incident in which someone hacked into a British research center’s emails and found global warming researchers discussing flaws in their own scientific data and appearing to scheme to keep the data out of the hands of those who doubt manmade climate change. U.S. National Science Foundation investigators later cleared the researchers of wrongdoing.

Nikolov’s investigation of the data led him to conclude global warming is the product of our sun’s radiation and not manmade carbon emissions.

In 2011, Nikolov and Zeller’s work hit the blogosphere and their names became associated with those who doubt manmade climate change. Their notoriety became a death knell for publishing their work in peer-reviewed journals.

“Journal editors and reviewers would reject our manuscripts outright after Googling our names and reading the online discussion,” Nikolov wrote in a statement to The Washington Post. “There is no doubt that trying to publish research results, which do not conform to accepted theories or mainstream beliefs, poses a challenge in today’s world of academic political correctness,” he added.

The researchers decided to submit their latest work under pseudonyms—spelling their names backward. The plan worked. Their article passed peer review, and on Aug. 18, 2015, the journal Advances in Space Research published the study online under the names Den Volokin and Lark ReLlez.

When the journal editors found out about the pseudonyms, they quickly withdrew the article from their site. The scientific community erupted in a debate over the ethics of publishing under a pseudonym. David Grinspoon, an astrobiologist, told The Washington Post the “sneaky” approach of using pseudonyms doesn’t promote a collegiate exchange of ideas.

But researchers did not seem interested in scrutinizing the ethics of refusing to publish work not deemed politically correct.

“Rejecting articles, not because they’re wrong but because their authors hold politically incorrect views, doesn’t promote any exchange of ideas,” said Calvin Beisner, a Christian theologian and founder of the Cornwall Alliance for the Stewardship of Creation. “If the article was worthy of publication under pseudonyms, it was worthy of publication under real names; withdrawing it once the real names were known reveals anti-scientific, anti-logical, bias. This is a travesty of which every honest scientist should be ashamed for the profession.”

Nikolov and Zeller told The Washington Post another scientific journal is reviewing their work for possible republication.