A ruling by a federal judge in Hawaii that blocked President Donald Trump’s travel ban was announced less than 48 hours after Barack Obama made a surprise visit to Honolulu, leading some to speculate that the former president may have schemed with the judge he originally appointed.

Hours before Trump’s travel ban on individuals from six Muslim countries was set to go into effect yesterday, US District Court Judge Derrick Watson, who presides in Honolulu, slapped down the policy, citing Trump’s comments on Muslims during the presidential campaign as part of his reason for blocking the ban.

Watson was nominated by Obama to the position in November 2012, having graduated from Harvard law school in the same year as Obama. 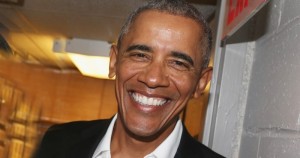 As the Honolulu Star reported, Obama “made an unannounced return to Hawaii Monday,” just three months after his last official holiday visit as president, arriving with a small entourage that included a Secret Service detail.

Eagle-eyed Reddit users noted that Obama had dinner at the Noi Thai restaurant, which is just minutes away from the courthouse and that Obama was, “likely within 5 minutes of the judge’s house at one point on the drive over.”

PopSugar reports that Obama played golf but was “still making time to take care of business” as he met with tech leaders and that “his return to politics might be sooner than we think.”

Given that Obama appointed the judge, graduated in the same year as him and visited Honolulu and was within minutes of the judge less than 48 hours before Judge Watson made a major ruling that blocked Trump’s travel ban, it doesn’t take a wild-eyed conspiracy theorist to insinuate that the two could have met.

The speculation follows reports that Obama has created a nerve center just two miles from the White House which is serving as a war room for his bid to lead an “insurgency” against Trump in a bid to sabotage his presidency.

A source close to Obama told the Daily Mail that Obama’s ultimate goal was to force Trump to step down, either through resignation or impeachment, and that the former president is “dismayed at the way Trump is tearing down his legacy—ObamaCare, the social safety net and the welcome mat for refugees he put in place.”