(WND) – A Christian student prevented from sharing his faith due to restrictive and subjectively applied “free speech” rules at Georgia Gwinnett College has filed a 76-page lawsuit against 11 named college officials.

“The First Amendment guarantees every student’s freedom of speech and religion. Every public school – and especially a state college that is supposed to be the ‘marketplace of ideas’ – has the duty to protect and promote those freedoms,” said ADF legal counsel Travis Barham, representing student Chike Uzuegbunam in the matter. 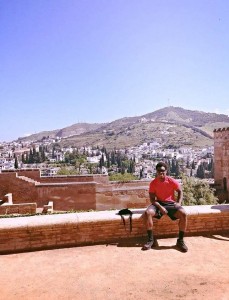 “Students don’t check their constitutionally protected free speech at the campus gate. While touting commitments to ‘diversity’ and ‘open communications,’ Georgia Gwinnett College confines the speech of students to two ridiculously small speech zones and then censors the speech that occurs in those areas.”

Uzuegbunam first ran afoul of GGC’s policy when he attempted to hand out literature and speak with willing listeners about his evangelical faith on the plaza in front of the campus library. Despite positioning himself so as to not interfere with foot traffic, he was stopped by college officials who informed him that any such activity on campus required a permit. He was also told he would need a permit to approach anyone to privately share his faith.

The college’s only exceptions are two restricted “free speech” zones, comprising just .0015 percent of the 260-acre campus. Even here, students must submit any materials they wish to display or hand out three days in advance and are restricted to use of the zones only once every 30 days. The zones are only available for use 18 hours per week.

Uzuegbunam complied with the rules, seeking and receiving permission in August to share his faith in one of the restricted zones. However, 20 minutes later, a campus police officer ordered him stop because he had received complaints.

“People are calling us because their peace and tranquility is being disturbed and we’ve asked you to stop,” a second officer on scene informed Uzuegbunam.

Despite other speakers having been allowed by GGC to use amplified sound, both inside and outside the restricted zone – some using offensive language and vulgar, lewd and obscene music – without interference, Uzuegbunam was threatened with a charge of “disorderly conduct” and forced to leave. He was told he should share his faith more like members of the Latter Day Saints who engage in one-on-one proselytizing on campus.

Upon checking with the campus office that gave him permission to speak, Uzuegbunam was informed that it was a violation of GGC policy for anyone to express a “fire and brimstone message” on campus, even within the speech zones. It was unclear how such a message would be legal even if shared one-on-one under the school’s speech code, especially since “disorderly conduct” is defined as any expression “which disturbs the peace and/or comfort of person(s).”

“Today’s college students will be tomorrow’s legislators, judges, commissioners, and voters,” said ADF senior counsel Casey Mattox. “That’s why it’s so important that public universities model the First Amendment values they are supposed to be teaching to students, and why it should disturb everyone that GGC and many other colleges are communicating to a generation that the Constitution doesn’t matter.”