The nation’s college students will have the option of taking classes discussing “queering childhood,” “queering the Bible” and “transgender Christs,” according to a report by CampusReform.com.

Pomona College in Claremont, Calif., is offering the new class on Queering Childhood, which will discuss “the figure of the Child and how this figuration is used by politics, law, and medicine to justify continued cultural investment in reproductive heteronormativity and productive ablebodiedness.” Campus Reform added that the class will focus on childhoods of “queer and crip children,” and will spotlight works related to “gender studies, childhood studies, disability studies, and queer theory.” 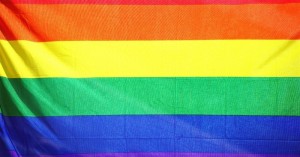 Eugene Lang College in New York City will offer a class on “Queering and Decolonizing Theology,” which will examine “the sexual ethics and ritualization found in the S&M community,” and “transgender Christs.”

“Christian theology is often depicted as a violent colonial force standing in particular opposition to LGBTQI lives,” the Lang College course description reads, according to Campus Reform.com. “However, over the last 30 years people of faith, activists, and theorists alike have rediscovered what is queer within Christianity, uncovered what is religious within secular queer communities, and used postcolonial theory to decolonize lived religious practices and theologies.”

Similarly, students at Harvard Divinity School will be offered a class on “Queer Theologies, Queer Religions.”

Swarthmore College in Swarthmore, Pa., will offer a “Queering the Bible” class that says it “destabilizes long held assumptions about what the [B]ible—and religion—says about gender and sexuality.”