Confessions of a Caseworker: We Remove Kids to Protect Ourselves 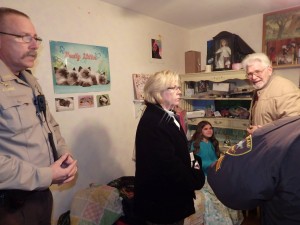 Caseworkers often claim they are “damned if we do and we’re damned if we don’t.” But when it comes to taking away children, caseworkers are only damned if they don’t. It’s one of the reasons so many children are needlessly consigned to the chaos of foster care.

Now, a leader of a union representing caseworkers has admitted as much.

It happened last June when a committee of the Philadelphia City Council examined problems at the Department of Human Services, the agency that runs child welfare in the city. Among the issues: the fact that Philadelphia takes away children at one of the highest rates of any big city.

That was true even before the legislature passed a spate of new state laws in the wake of the Jerry Sandusky child sex abuse scandal. The laws encourage anyone and everyone to report anything and everything to the state child abuse hotline. Reports have skyrocketed and, in much of the state, so have removals.

Usually at hearings such as the one in Philadelphia, caseworkers and agency chiefs offer up bland boilerplate about how they really, truly hate to take away children and only do it as a last resort — almost always adding that they’re “damned if we do and damned if we don’t.”

But this time Vanessa Fields, vice president of District Council 47 of the American Federation of State County and Municipal Employees, cut right through all that b.s. With commendable candor, she declared:

Workers are afraid that they’re going to be disciplined if anything goes wrong on a case. So their thing is, Well, I’m just going to take the kid out of the home and put them in care. That way, I don’t have to worry about being written up or disciplined because I left the children in the home and something happened to them. … You place that kid outside of that home, because you do not want to be in a situation where you left a child in a home and something happened to them.

But what about all those case practice models, risk assessment forms and assorted other documents that are supposed to guide how caseworkers do their jobs? Apparently, those are for suckers. Said Fields:

As interesting as what Fields said is what she did not say. She expressed no fear of discipline for taking away too many children. Nor should she. In 40 years of following child welfare I have never seen a caseworker fired, demoted, suspended or even slapped on the wrist for that.

On the rare occasion when a family harmed this way brings a civil suit, caseworkers have “qualified immunity.” In layman’s terms that means they’re immune from damages unless they do something incredibly malicious or incredibly stupid. In one case, a worker actually claimed what amounted to a constitutional right to lie. Fortunately, that claim failed, but the worker in question wasn’t fired. She was promoted.