(WNS)–The House Select Panel on Infant Lives announced Feb. 12 it will issue subpoenas to several organizations with ties to the fetal tissue industry after they refused to provide requested information.

“Without these subpoenas, the American people and the House itself would be left to speculate about what is going on in the fetal tissue industry,” said panel chairwoman Rep. Marsha Blackburn, R-Tenn., in a statement. “We cannot leave questions unanswered.” 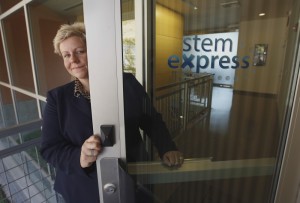 The panel will deliver the subpoenas to StemExpress, The University of New Mexico, and Southwestern Women’s Options. All three organizations have links to the sale of fetal tissue—revealed by an undercover investigation by the Center for Medical Progress (CMP). Since its formation last fall, the panel has sent out more than 30 letters requesting documents from various organizations connected to the tissue procurement industry. The three subpoenaed organizations each failed to provide those requested documents.

The select panel is under the House Committee on Energy and Commerce. The 14-member bipartisan group’s mission is to gather information about the medical practices of abortion providers and the practices of organizations that sell baby body parts.

The panel is not investigating Planned Parenthood specifically but the abortion and organ procurement businesses as a whole.

“While we value our business relationship with Planned Parenthood, that work represents a small percentage of our overall business activity and we must focus our limited resources on resolving these inquiries,” the company said in a statement last August.

Last fall, Planned Parenthood CEO Cecile Richards testified before Congress that only four or five of its more than 700 centers collected fetal tissue for what she described as “donations” to scientific research. But according to the Charlotte Lozier Institute, which studied all of the CMP videos, there are at least 15.

The Select Panel on Infant Lives has worked behind closed doors for months gathering information before its first public hearings.

“The people have the right to know where their tax dollars are going,” said Rep. Vicky Hartzler, R-Mo., who serves on the panel with Blackburn. “Not cooperating with the investigation is an affront to the people, and we are doing what it takes to get the information they deserve.”