GOP gets one step closer to ending the Affordable Care Act

(WNS)–The House of Representatives passed a budget resolution on Jan. 13 initiating the process for dismantling Obamacare.

“By taking this first step toward repealing Obamacare, we are closer to giving Americans relief from the problems this law has caused,” said House Speaker Paul Ryan, R-Wis.

The budget resolution, passed by a 227-198 party line vote, will send legislative tools to individual committees that will begin to craft a full repeal of the Affordable Care Act (ACA). For weeks Republicans have faced criticism of rushing an ACA repeal. Now with the ball rolling, the GOP will need to assure millions of Americans a better healthcare system is on its way.

Since the beginning of the new Congress, Democrats have attempted to guilt the GOP into abandoning repeal efforts, claiming millions will lose their health insurance.

Early Thursday morning, Sen. Rand Paul, R-Ky., joined Senate Democrats to vote against the process. He criticized his party for forcing a vote on a repeal without agreeing on an ACA replacement package, but also for adding to the national debt.

The budget package Republicans introduced adds more than $9 trillion to the national debt over the next 10 years. Paul and other libertarian-leaning lawmakers rejected the plan, even as a placeholder. 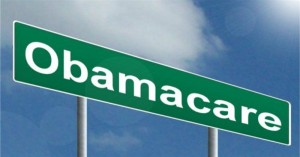 “As a physician, I cannot wait to repeal Obamacare,” Paul said. “But putting nearly $10 trillion more in debt on the American people’s backs through a budget that never balances is not the way to get there.”

In today’s House vote, nine Republicans opposed the measure for the same reason.

“I may be new here, but in Virginia, we balance our budget; it’s time we start doing that here,” Garrett said.

During a CNN town hall forum last night, Ryan said Republicans are working within their circles and the incoming administration to introduce a replacement plan as soon as possible—ideally simultaneously with the repeal. But he did not give specifics about what plan the GOP will introduce.

“Without getting into all of the legislative mumbo-jumbo, we want to do this at the same time and, in some cases, in the same bill,” Ryan said.

President-elect Donald Trump has said healthcare is on the top of his to-do list once he takes office Jan 20. Vice President-elect Mike Pence told reporters he expects Trump to be in the Oval Office signing executive orders to roll back the ACA on Inauguration Day.

But no one expects Congress to have repeal legislation on Trump’s desk next week. Both Ryan and Trump said it will happen sometime in the first 100 days of the new administration.

With both chambers passing the budget resolution, lawmakers will now begin work on a reconciliation bill to avoid a Senate filibuster. Individual committees will take the next several weeks to draft Obamacare repeal legislation, but it will only grow more complicated as the finish line gets closer.

Tucked into the package could be plans to redirect federal funds from Planned Parenthood to community health centers.

If a healthcare system replacement falters, Republicans risk losing support from their own members. But taking away funding from Planned Parenthood makes it harder for pro-abortion Republicans such as Sen. Susan Collins, R-Maine and Sen. Lisa Murkowski, R-Alaska to support the process as well.

GOP leaders said all the drama is worth it because there is no other option.

“Deep down, everyone knows Obamacare is failing,” said House Majority Leader Kevin McCarthy, R-Calif., “Republicans didn’t create this problem, but we’re going to fix it because doing nothing is not an option.”