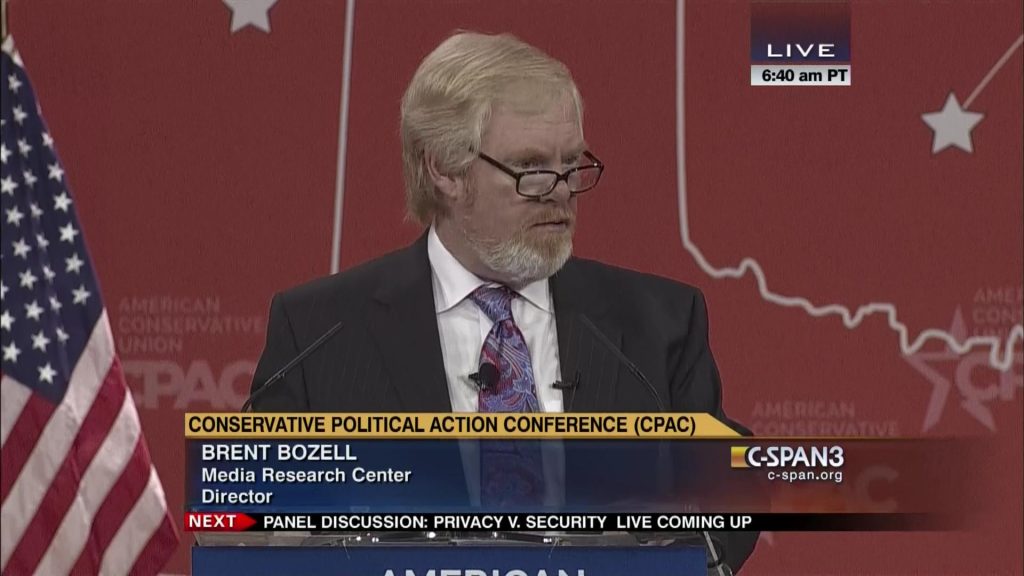 The letter calls for action, saying, “During such a turbulent time in our nation’s political system, it is crucial that you investigate how these social media/search media powerhouses wield their power to sway elections.”

The full letter can be found below:

Congratulations on your recent confirmation as the 85th Attorney General of the United States.

Following up on comments made during your confirmation hearing, we would like to bring to your attention some important details about online censorship. As you may recall from that hearing, both Senators Blackburn and Hawley brought up the possibility of the Department of Justice investigating Facebook, Twitter, and Google/YouTube. We concur with these two senators that the investigation of these firms is urgent and we respectfully recommend that such an investigation should be a high priority for your office.

At this point, it is undeniable that Facebook, Twitter, and Google/YouTube all have a significant liberal agenda hardwired into their platforms. These platforms also have an unprecedented power to manipulate and sway elections. Such sweeping power, combined with near monopolistic dominance in the marketplace, and in conjunction with deep one-sided liberal partisan bias within all these organizations, is cause for alarm. These organizations present a threat not merely to conservatives in the United States, but indeed our free market economic system and the very viability of the U.S. political system. Respecting these entities’ own constitutional rights, we believe there nevertheless is ample probable cause of antitrust violations and of conspiracy to violate the constitutional rights of conservatives, and possible collusion to violate laws governing America’s campaign finance system and elections.

Since January of 2018, the Media Research Center has conducted a thorough analysis of claims made by conservatives that they are being censored on social media. We lead a coalition of more than 40 organizations that expose the censorship of conservative voices on social media. We have witnessed first hand the bias of these organizations. Facebook, Twitter, and Google/YouTube represent existential threats to the conservative movement and indeed American society as a whole.

Never in human history have companies been this large and influential. They have the ability to control so much of what we read and say every moment of the day — on a global scale. Their abuses pose a growing, massive threat to the ideals of free speech that this nation was founded on.

Consider what we now know, and these are but some examples:

Google’s charity has given $250,000 to the Southern Poverty Law Center (SPLC) and allows employees to volunteer there with pay by Google. The SPLC has a dubious reputation for not just supporting left-wing causes, but also for attacking completely legitimate organizations it deems to be “hate groups” such as the Family Research Council.

A leaked email chain indicated that Google staff tried to boost Hispanic election turnout in 2016 in key states to aid Hillary Clinton. An exclusive report broken by Fox News’ Tucker Carlson on his show, “Tucker Carlson Tonight,” revealed a disturbing Google email chain sent out on November 9, 2016. The first email, “Elections results and the Latino vote,” was written by Google’s Multicultural Marketing department head, Eliana Murillo. In the four-page email, Murillo describes how she and her coworkers engaged in “non-partisan activities” to boost Latino voting turnout. However, Murillo slipped up and admitted that despite Google’s “political power,” only “71% of Latinos voted for Hillary, and that wasn’t enough.”

Allsides, a media technology group, analyzed the Google News homepage and found liberal content outnumbered conservative content 4-1. AllSides concluded: “The numbers are so significantly strong and consistent in favor of news media sources from the left that the overall conclusion of a leftward bias [at Google] is well justified.” Later on in the study, it stated, “AllSides analyzes the news on a daily basis and have often found it difficult to find perspectives from the right when using Google News.”

The documentary “Creepy Line” documents how Google has the power to influence elections up to 80% for some undecided voters, just by reordering the search.

Facebook has had repeated allegations of blocking pro-life content. In January, ads for the anti-abortion film Roe v. Wade were met by replies stating, “Your ad isn’t approved because it doesn’t 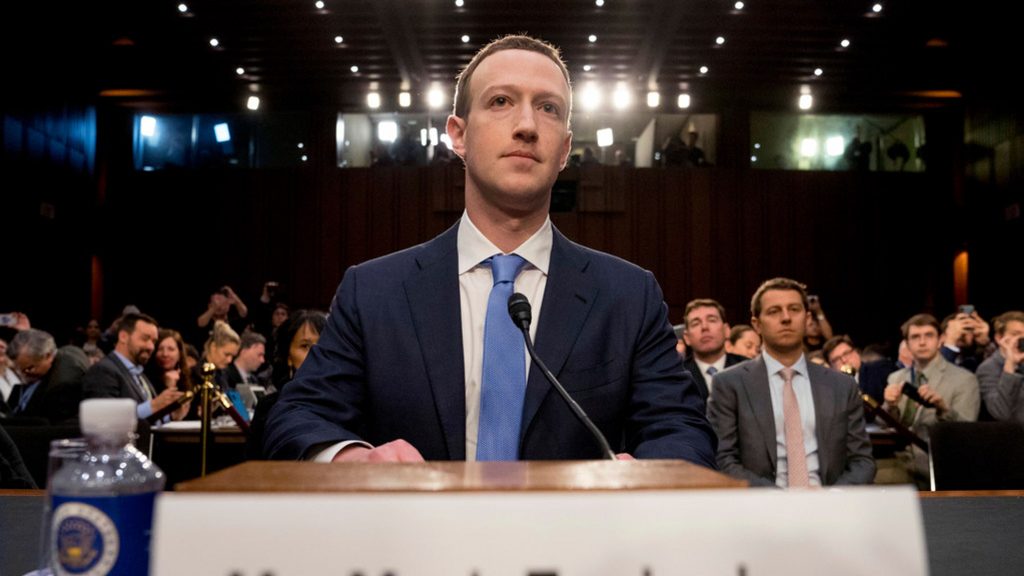 comply with our Advertising Policies.”

The New York Times did a huge analysis of Facebook’s content review process and said the effort contained “numerous gaps, biases, and outright errors.” The paper had been given 1,400 pages from the content review process that included lists of organizations Facebook considers to be hate groups, but that information is kept private.

Facebook issued an official apology after banning Rev. Franklin Graham for 24 hours over a 2-year-old post. The post by Graham was a criticism of musician Bruce Springsteen for canceling a North Carolina concert due to House Bill 2: “[Springsteen] says the NC law #HB2 to prevent men from being able to use women’s restrooms and locker rooms is going ‘backwards instead of forwards.”

Facebook released an early version of its “civil rights audit” and admitted it worked with far-left “civil rights” groups during the election. COO Sheryl Sandberg wrote that Facebook talked to over 90 “civil rights organizations” and asked former legislative director of the ACLU, Laura Murphy, to “guide the audit.” These organizations were even invited into the election war room.

Twitter CEO Jack Dorsey has had several interviews recently and openly admitted his agenda: “I don’t believe that we can afford to take a neutral stance anymore. I don’t believe that we should optimize for neutrality.” He mentioned in another interview that when President Trump tweets, Twitter will often “show completely different perspectives.” 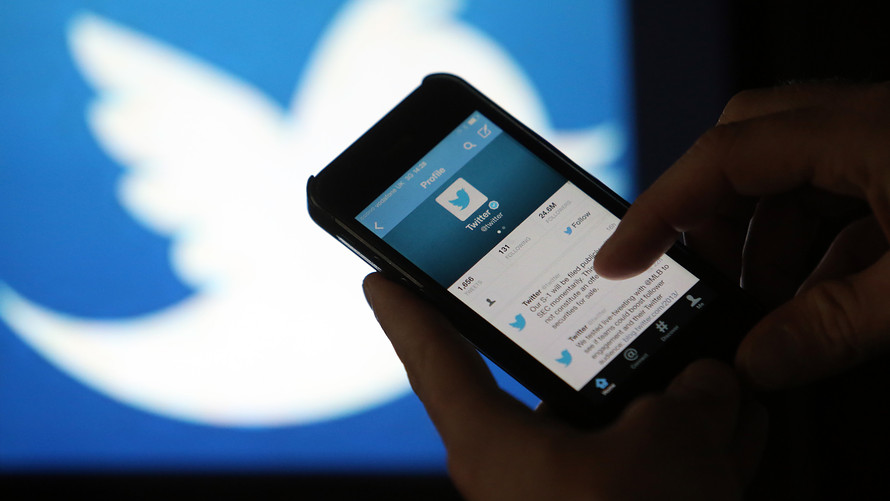 Talk radio host Lars Larson was suspended from Twitter after a former Portland mayoral candidate, Sarah Iannarone, tweeted her condemnation of the police following an incident where a man was shot and killed by the police. Larson responded in defense of the police and was suspended from Twitter for 12 hours for “hate speech.” Twitter later reversed it. The candidate was not suspended. Twitter is also being sued for banning a Canadian feminist for saying that “women aren’t men,” which Twitter considers transphobic.

In the midst of the media feeding frenzy over the Covington kids, Twitter reacted quickly to take down the phony account that had promoted the original video. But it didn’t do the same for violent threats directed at the high school boys. Street Corner Music owner Michael Buchanan tweeted multiple calls to violence against the youths. “IF WE COULD WIPE THESE FAMILIES OUT WE WOULD BE IN A MUCH BETTER PLACE. F@#* THIS SHIT” as well as “LOCK THE KIDS IN THE SCHOOL AND BURN THAT BITCH TO THE GROUND.” He also bragged he would not be banned. He was right.

In 2019, the number of Facebook users in the United States is expected to reach 211.3 million, up from 197.7 million in 2016. As of the second quarter of 2017, the social network was accessed by 2 billion users on a monthly basis, making it the most popular social network worldwide.

And according to We Are Social and Hootsuite, there are now 3.48 billion total social media users around the globe.

The examples of an agenda against conservatives that we have documented over the past year are just a few of the many we have encountered. Americans are distrustful of these social media organizations because they have good reason to be. Their institutional bias against conservatives, along with their massive influence, makes for a dangerous combination and one which can deliberately tilt the outcome of elections.

During such a turbulent time in our nation’s political system, it is crucial that you investigate how these social media/search media powerhouses wield their power to sway elections.