(Christian Post) – A conservative Presbyterian denomination formed in response to the Presbyterian Church (USA)’s increasing acceptance of homosexuality has reached the milestone of 300 member congregations.

“We are blessed to have each and every church and church member in our ECO family. As we grow, it is our prayer that we continue to be a movement that builds flourishing churches that make disciples of Jesus Christ,” the Evangelical Covenant Order of Presbyterians announced on Tuesday.

The Rev. Rachel Stahle, pastor at FPC Towanda, told The Christian Post that her congregation voted 74-12 in favor of leaving PCUSA back in June and were officially dismissed from the Mainline denomination earlier this month. 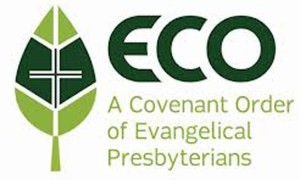 “The core beliefs of ECO match our own theology. The leadership is striving to follow the guidance of the Holy Spirit, and avoid political and bureaucratic pitfalls that saddled so many in the PCUSA,” Stahle said.

“As a pastor, I appreciate being in fellowship with others who are spiritually and theologically like-minded. In ECO there is joy and hope, which is what following Christ is about! We are also blessed to be surrounded in our community with numerous other churches who have also left the PCUSA for ECO.”

ECO draws its origins back to a gathering in January 2012 in Florida of over 2,000 clergy and laity in response to PCUSA’s increasing acceptance of homosexuality and other issues.

For example, in 2010, delegates at the PCUSA General Assembly approved Amendment 10a, which allowed regional bodies, or presbyteries, to ordain non-celibate homosexuals.

The gathering was organized by the Fellowship of Presbyterians, a theologically conservative movement within PCUSA.

“ECO is a denominational entity under the umbrella of The Fellowship of Presbyterians that is committed to growing and planting flourishing churches and nurturing leaders,” reads a 2012 statement describing the denomination.

“The distinctives of ECO include an emphasis on connecting leaders in accountable relationships, peer review systems for churches, leadership training, and a flatter polity structure than the PCUSA.”

By 2014 ECO reached 100 member churches and in May 2015 they reached the 200th member church when First Presbyterian Church of Griffin, Georgia, joined the denomination in a unanimous vote.