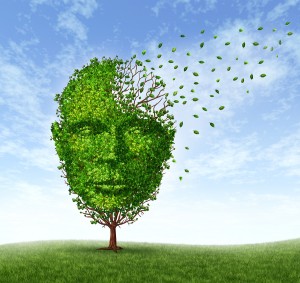 Human dementia problems as memory loss due to age and Alzheimer’s disease with the medical icon of a tree in the shape of a front face human head and brain losing leaves as thoughts and mind function fade away.

(NaturalHealth365) There is exciting news about the coenzyme CoQ10 related to preventing dementia. A study published in the journal Atherosclerosis reveals that higher levels of CoQ10 in the blood correlates with a lowered risk of dementia in the later years of life.

The study looked at adults between the ages of 40 and 69 and measured their serum CoQ10 levels. Those who developed dementia were compared with control subjects of the same age who did not.

This is how CoQ10 protects your brain health

It was found that persons whose CoQ10 levels were in the highest 25 percent had a 77 percent lower chance of falling victim to dementia than those in the lowest quarter.  Those with higher levels of CoQ10 were also found to have healthier cholesterol levels.

CoQ10 works to lower amyloid plaque and brain oxidative stress. A reversal of the markers associated with oxidative damage has been observed in lab animals given CoQ10 supplements. CoQ10 also seems to assist in healing mitochondrial impairment; mitochondria are the part of the cell that fuels energy production.

Low levels of CoQ10 are already associated with health risks like the progression of cancer, including cancers of the lung, breast and pancreas as well as melanoma metastasis. Now it appears that raising CoQ10 levels is key to preventing dementia.

CoQ10 levels naturally decrease with age and are lowest in persons with illnesses like cancer, heart disease, Parkinson’s, dementia, diabetes, and HIV/AIDS.  CoQ10 deficiency is caused by gene mutations related to aging that impair its production. It can also occur in people taking statin drugs.

CoQ10 is converted into ubiquinol, which is key in a number of chemical reactions and cellular processes. However, the role of CoQ10 can be simplified to say that it is key in helping the cells convert food into energy. Just about every cell of the body depends on it, which means all of the organs and bodily systems rely on having sufficient amounts of CoQ10, with the heart having the highest concentrations.

CoQ10 is difficult to get into the diet, making supplementation crucial for those who are deficient. Supplementation with CoQ10 has been shown to be therapeutic in healing heart disease and reducing cancer risk. It can also help people with diabetes and high blood sugar. Now it’s clear that CoQ10 helps to repair the ill effects of aging and prevent the ravages of brain diseases like Alzheimer’s, Parkinson’s and dementia.

In addition to its powerful role in supporting cell functioning and energy production, CoQ10 has potent antioxidant effects. As a supplement, CoQ10 has an excellent safety profile with few if any adverse effects from a range of doses up to 3,000 milligrams per day. Older persons should strongly consider taking CoQ10 for preventing dementia and numerous other chronic diseases.

Of course, when dealing with a serious health problem, it’s always best to consult a trusted healthcare provider before making significant changes to your diet or lifestyle habits.  Don’t ignore the problem – take action today.