Corona Endgame: Forced Vaccinations And Total Control And Surveillance Over Our Lives

Anyone who has bought into the hype that all of 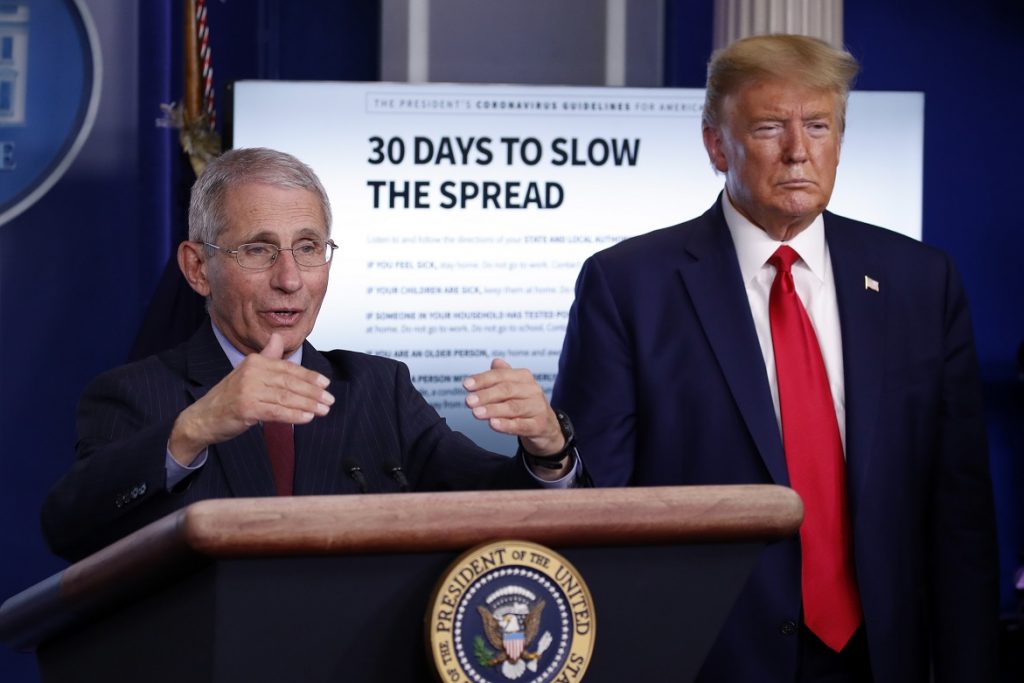 President Donald Trump listens as Dr. Anthony Fauci, director of the National Institute of Allergy and Infectious Diseases, speaks about the coronavirus in the James Brady Press Briefing Room of the White House, Tuesday, March 31, 2020, in Washington. (AP Photo/Alex Brandon)

hese government lockdowns, a ruined economy, suppression of our liberties and a total disruption of our way of life are for the purpose of saving lives has drunk some serious kool aid. We are supposed to believe that the same people who are enthusiastically promoting the killing of over 60 million unborn babies without so much as a modicum of conscience are somehow crying crocodile tears of compassion because people (including babies) MIGHT die from a flu-like virus? What poppycock!

As I pointed out in this column recently, Secretary of State Mike Pompeo admitted that the corona scare was a government exercise (read: a practice run-through for something bigger). It was an exercise for total government control over our lives. This has been the agenda of Big Government statists in both political parties for decades. With constant fearmongering and hysteria from Big Government hacks in the mainstream media over the coronavirus, the power elite have taken the American people further down the road to serfdom and slavery than any previous attempt.

And I will say it again: This plan would not have worked had Donald Trump not been in the White House. This plan totally depended on evangelical pastors and churches sheepishly going along with it. This they would not have done had a liberal Democrat been in the White House. Are you kidding? Commanding churches to cancel their services—no communions, no baptisms, no Easter services—a total shutdown of houses of worship nationwide? Are you kidding me? You and I both know that if Hillary Clinton were president and she had said that no more than ten people could assemble in church—or anywhere else, for that matter—pastors and Christians would have protested in the streets and would have defiantly continued their public services en masse. But, because Donald Trump issued the declaration, almost the entire evangelical world bowed the knee to the state without a whimper.

The rest was easy. Restaurant closures, business closures, school closures, travel restrictions, rationed medical care and empty hospitals: Once evangelicals had been neutralized, there was no resistance.

Even so-called patriot leaders such as Oath Keepers Founder and President Stewart Rhodes joined the chorus of Big Government shills calling for government lockdown of our lives. Rhodes’ open letter to governors could have been easily written by Big Pharma Fascist Anthony Fauci. On April 3—after reading Stewart’s Naziesque letter—I resigned my position as National Chaplain of Oath Keepers.

And speaking of Fauci, this little tyrant along with Mr. Global Government himself, Bill Gates, have positioned themselves to make billions of dollars in profits from government-mandated forced vaccinations, which they are both screaming for. And make no mistake about it: Anthony Fauci knows exactly what he’s doing.

Vaccines, for Bill Gates, are a strategic philanthropy that feed [sic] his many vaccine-related businesses (including Microsoft’s ambition to control a global vaccination ID enterprise) and give him dictatorial control of global health policy.

Gates’ obsession with vaccines seems to be fueled by a conviction to save the world with technology. 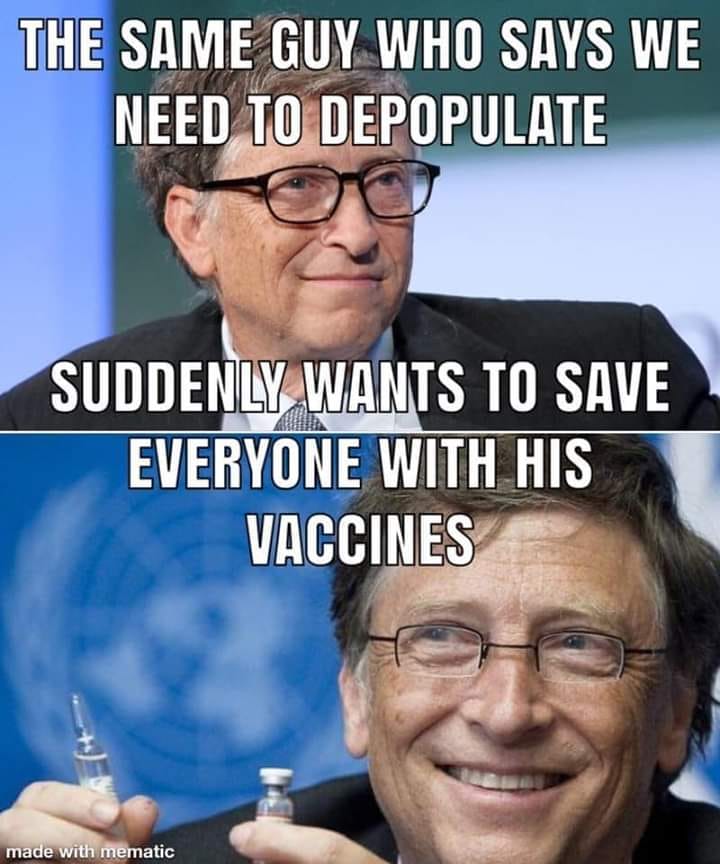 Promising his share of $450 million of $1.2 billion to eradicate polio, Gates took control of India’s National Technical Advisory Group on Immunization (NTAGI), which mandated up to 50 doses (Table 1) of polio vaccines through overlapping immunization programs to children before the age of five. Indian doctors blame the Gates campaign for a devastating non-polio acute flaccid paralysis (NPAFP) epidemic that paralyzed 490,000 children beyond expected rates between 2000 and 2017. In 2017, the Indian government dialed back Gates’ vaccine regimen and asked Gates and his vaccine policies to leave India. NPAFP rates dropped precipitously.

In 2017, the World Health Organization (WHO) reluctantly admitted that the global explosion in polio is predominantly vaccine strain. The most frightening epidemics in Congo, Afghanistan, and the Philippines, are all linked to vaccines. In fact, by 2018, 70% of global polio cases were vaccine strain.

In 2010, the Gates Foundation funded a phase 3 trial of GSK’s experimental malaria vaccine, killing 151 African infants and causing serious adverse effects, including paralysis, seizure, and febrile convulsions, to 1,048 of the 5,949 children.

In addition to using his philanthropy to control WHO, UNICEF, GAVI, and PATH, Gates funds a private pharmaceutical company that manufactures vaccines and is donating $50 million to 12 pharmaceutical companies to speed up development of a coronavirus vaccine. In his recent media appearances, Gates appears confident that the Covid-19 crisis will now give him the opportunity to force his dictatorial vaccine programs on all American children – and adults.

There you have it, folks. THAT’S the end game: forced vaccinations and total surveillance over our lives. The exercise in universal digital tracking (via cell phones) under the guise of protecting 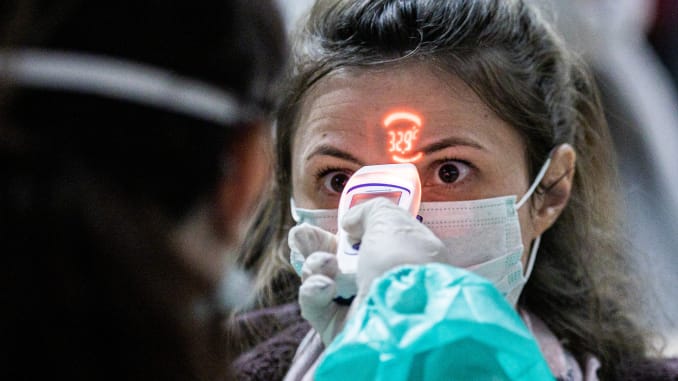 people from corona is already being practiced in Israel.

All of these media hacks fomenting panic and fear; all of these government lockdowns; all of these school closures, business closures and stay-at-home orders are NOT about protecting us from a flu virus. They are all about preparing us for mandated vaccines and total government surveillance and control over our lives—including our jobs, our families, our education, our religious practices, our medical care and our travel.

As it turns out, it looks like the tyrants don’t need to confiscate our firearms after all in order to enslave us. Many pastors and churches are leading the way for America’s voluntary enslavement—all in the name of safety.

What was it that Benjamin Franklin said? “They that would give up essential liberty for a little temporary safety deserve neither liberty nor safety.”

If you missed it, here is an excellent video from a 30-year veteran physician on how the CDC has instructed doctors to fudge corona death numbers upward on death certificates. This video has been viewed over 2 million times on various platforms. How good is it? It’s so good that Facebook is calling it “false news.”

As you can imagine, Dr. Bukacek is now the target of an orchestrated campaign by the liberal media to have her removed from her position on the local board of health.

Please take a minute to add your name to this online petition and support this courageous truth-telling doctor. www.youtube.com/watch?v=_5wn1qs_bBk&t=4s