(LifeSiteNews) – A judge with the Superior Court of the State of California issued a ruling this afternoon denying a request by StemExpress to access videos and documentation obtained by the Center for Medical Progress (CMP) during its investigation into Planned Parenthood’s practice of harvesting and selling the body parts of aborted babies.

Judge Joanne O’Donnell argued that the requested injunction, which would have prevented CMP from releasing some of their undercover footage featuring high level StemExpress employees, would violate CMP’s First Amendment rights.

The ruling comes two weeks after O’Donnell issued a narrow temporary restraining order preventing CMP from releasing further undercover video footage taken at a meeting with the three top-level staff at a restaurant in May. 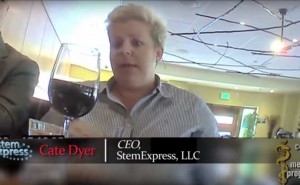 StemExpress plays a central part in the scandal exposed by many of the six “sting” videos released by CMP in recent weeks. Those videos depict Planned Parenthood officials haggling over the prices of aborted baby parts, or sorting through the body parts of aborted babies in a lab – body parts which are then acquired by StemExpress.

The biomedical firm, which advertises that it “fiscally rewards clinics” who provide it with baby parts for research, had also tried to block the release of several documents posted on the CMP website, including a price list for baby parts. That request was previously denied by Judge O’Donnell.

“The Court has rightly stopped Stem Express from using a meritless lawsuit to try to silence the Center for Medical Progress,” said Casey Mattox, Senior Counsel for Alliance Defending Freedom. “Americans have a right to know the truth about Planned Parenthood and its business deals with Stem Express. This decision brings us one step closer to the day Stem Express and Planned Parenthood have been dreading.”

In the ruling Judge O’Donnell tossed the injunction request, saying that StemExpress was highly unlikely to prevail in its efforts.

“The injunction Plaintiff seeks would prevent Defendants from disseminating the videotapes,” the judge added, explaining, “this proposed injunction would constitute a prior restraint on the Defendants’ rights under the First Amendment and the parallel protections under the California Constitution.”