(WNS)–Baby Bear’s big surprise may not be that he found Goldilocks asleep in his bed, it may be that he discovered his parents came from two entirely separate species.

Evolutionists are equally surprised because separate species are not supposed to be able to interbreed. But the new findings come as no shock to creationists, who note the discovery backs the belief that God created types of animals that diversified into what scientists now consider separate species.

Evolutionary scientists in Germany made the discovery after sequencing the genomes of all known bear species for the first time. They were surprised to find that mixed breeds of bears are not nearly as rare as they had assumed.

According to the biological definition of a species, individuals from different species are generally unable to interbreed and produce fertile offspring. Grizzly bears and polar bears apparently didn’t get that memo because they have been known to crossbreed, and the “grolars” they produce are often fertile. Scientists still considered such crossbreeding rare. 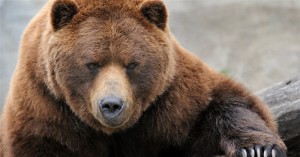 The new data analysis not only proves the intermingling is relatively common but reveals crossbreeding even among polar bears and sun bears of Southeast Asia. That finding shocked researchers because these two types of bears live in completely different geographical ares and have never met. The researchers hypothesize an intermediate host, such as a brown bear, passed the genes between the two species.

These findings match other scientific studies that showed gene flow between species in other animals and they cast doubt about evolutionary assumptions regarding how animals diversify into different species.

“We have to ask ourselves: Does the species concept still hold true, given there is evidence of gene flow not only in bears, but also in other animals?” Axel Janke of the Senckenberg Biodiversity and Climate Research Center in Frankfurt said in a statement.

But this new information fits well with the creationist worldview that God created animals according to their kinds, said Nathaniel Jeanson with Answers in Genesis, which believes the earth is only about 6,000 years old.

Genetic traits define a species, so the origin of species is fundamentally a genetic question. Why does a polar bear have a white coat and a black bear a black coat? Where did the grizzly get its enormous size? Scientists haven’t been able to test the genetics of various species until now.

“Darwin tried to answer this question long before anyone had the tools to directly answer it, so it is a really exciting time to be doing this sort of research because we’re getting those answers now for the first time,” Jeanson told me.

“In that way, you can get new species with a variety of different traits very fast, you are almost guaranteed to have visibly distinct individuals within one generation,” Jeanson said. “If there were a million different traits in an individual from the start, you could have a whole diversity of features in a single generation. For example, within the same generation you could see bears that look something like a polar bear and brown bear and a sloth bear.”

At some point after the flood, Jeanson said, these subgroups broke away from one another and spread out. Geography then would have prevented the subgroups from breeding, keeping the genetic variants isolated from other subgroups. But it wouldn’t be surprising that different species in a family still have the ability to interbreed and produce fertile offspring.