Australian doctors have successfully transplanted hearts that have stopped beating, revolutionizing organ donation. The breakthrough is predicted to save the lives of 30 percent more heart transplant patients.

After two decades of research, a team of surgeons at St. Vincent’s Hospital in Sydney has transplanted three still hearts into living patients. The first two patients are recovering well, with the third, who recently underwent the surgery, still in intensive care.

Michelle Gribilas, a 57-year-old Sydney woman, was the first to undergo the surgery two months ago. She had been suffering fro 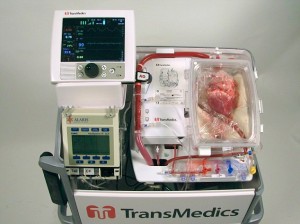 “I was very sick before I had it. Now I’m a different person altogether. I feel like I’m 40 years old. I’m very lucky,” she was quoted as saying in AFP.

In collaboration with researchers at the Victor Chang Cardiac Research Institute, the team at St. Vincent’s developed the technique which allows for the resuscitation and transplant of hearts that have stopped beating up to 20 minutes earlier. The procedure involves transferring the still heart from the recently-deceased donor into a ‘heart in a box’, a portable console in which the heart is preserved and resuscitated before being transplanted into the living patient.

“[W]e remove blood from the donor to prime the machine and then we take the heart out, connect it to the machine, warm it up and then it starts to beat,” Peter MacDonald, a medical director at St. Vincent’s, was quoted describing the technique in the Guardian.

The hearts were stored in the console for about four hours in order to make sure that they were functioning well.

“Based on the performance of the heart on the machine, we can then tell quite reliably whether this heart will work if we then go and transplant it,” said MacDonald.

Until now, surgeons relied exclusively on still-beating hearts from brain-dead donors. This meant that there was no way of knowing whether the heart would continue beating once transplanted into the recipient.

Doctors expect that the groundbreaking procedure will lead to a major increase in the number of hearts available for transplant.

“This breakthrough represents a major inroad to reducing the shortage of donor organs,” said MacDonald.