When a missile is fired at a military aircraft, the pilot may take evasive maneuvers to throw the missile off-course. If these maneuvers fail and the missile gets too close, the pilot may fire off chaff flares to confuse the guidance system of the missile. It is a last-ditch defense effort. People who rage against religion often employ the same tactic. They have been unable to dodge the facts which contradict their beliefs (or unbelief), and feel the missile of logical implications closing in. Desperately, they fire off chaff flares in order to distract the “attacker”. These flares can be questions such as, “What about the genocide in the book of Joshua?” or “Where did Cain get his wife?” They are not seeking any real answers to these questions but are only seeking to distract their opponent so they can escape the uncomfortable conversation. They may also resort to frantic statements like, “God of the gaps! God of the gaps!” in order to shut down discussion.

Some Christians even employ the same tactic when cornered by scripture. If they don’t believe in the authority of the Bible, they may say, “Well, God doesn’t explicitly say we CAN’T do it.” Another popular defensive maneuver is to criticize the person “attacking” their views as being narrow-minded and legalistic. They respond with, “You cannot put God in your little box!” When these desperate flounderings are heard, it is clear they do not have a substantive argument. What they fail to understand is that their statement is illogical by their own standard. 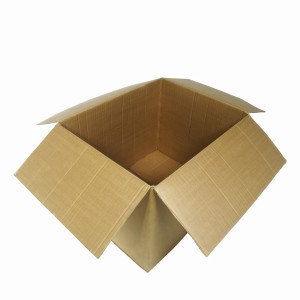 Here is a way Christians can respond to the ridiculous charge of “putting God in a box.” Well, you are saying my “God-box” is too small and, therefore, wrong but yours is slightly larger and, therefore, correct. You are not upset that we have different boxes. You are upset because my box does not match yours. For example, my box is too small to allow sex outside of marriage but yours is big enough to allow it. My box is too small to allow many paths to heaven but yours has room for all so-called world religions.

The difference is not in the size of the boxes but rather the material from which they are constructed. My box is built from God’s own words about Himself, often referred to as “The Bible.” It is a box of God’s own construction and design. He placed limitations upon Himself, hemming Himself in as to what He will and will not do. For example, God cannot lie (Hebrews 6:18, Titus 1:2). Even when it would serve His purposes, He cannot violate His own essential attribute of truth. God cannot act unjustly either. He is a being of pure justice (Deuteronomy 32:4). As such, He cannot overlook our sin even to grant us mercy. That is why Jesus had to die on the cross. God had to find a way to forgive us and still pay the penalty for our sin. To do otherwise would have been a miscarriage of justice. I am only placing God within the box He made for Himself and revealed to us through the Bible. Therefore, I am honoring God by holding Him to the standards He set for Himself rather than remaking Him according to my preferences.

Your box is of your own design. It is made of a flexible material which can stretch and accommodate whatever tugs at your emotions in that particular moment. Indeed, you may have even stated to yourself that at one time your box was too small and needed to expand. What’s to say you aren’t equally wrong in your restriction or loosing of God right now? Will your packaging and limitation of God today be inadequate tomorrow?

God has plenty of room to be God within the box of His own making. Consider the illustration of the New Jerusalem, the heavenly city described in the book of Revelation. It is a cube, a box if you will, that is 1500 miles on a side. That’s Los Angeles to Kansas City wide, long, and high. Imagine a city half the size of the U.S.A and 1500 miles off the ground. Remember, though, it is just an illustration. But what is the lesson behind the picture? Yes, God has only one heavenly home for all people, but it’s plenty big enough for all if they will only come to Him and be saved. For someone to say God cannot be limited by a box of His own design and specifications is in itself limiting. It is the height of arrogance to say God needs any man’s help in order to know what He can and cannot do. Leave God’s box alone. He does not need anyone adjusting it according to human preferences. Let God be God.