Dr. Cammy Benton: CDC Admits There is No Science Behind the Annual Flu Vaccine 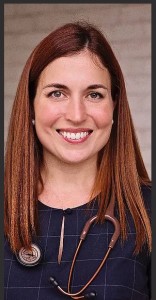 The VAXXED team recently interviewed Dr. Cammy Benton from North Carolina who is board certified in both Family Medicine and Functional Medicine.

Dr. Benton related that through all of her years of medical training, including 4 years in residency, that the only thing she was taught in regards to vaccines was that they were “safe and effective.” She stated that they were told to discard the vaccine inserts, as they were all “lawyer jargon.”

Dr. Benton no longer gives vaccinations. She states that it took her “a long time to wake up,” but she learned a lot through her three children. The first two were fully vaccinated, but she stopped after 4 months with her third child.

With her first child, Dr. Benton states that she waited two months after she was born to give the Hepatitis B shot. Most babies get it in the hospital the same day they are born. Benton explains how her first baby went from a very alert baby who made a lot of eye contact, to becoming less alert and fussy following the beginning of vaccines.

When she finally figured out that her children were being damaged by vaccines, she became very angry towards herself and her profession, for not investigating vaccines prior to believing what she had been told about them, and administering them without question.

When she called the CDC about it, she relates how the CDC admitted that they were not the ones mandating the flu vaccines (employers and public health officials are), and that she admitted there was no science confirming the effectiveness of the flu vaccine, it was simply “all we have” to combat the flu season.

Dr. Benton then asked why hospitals were not requiring ALL medical personnel to wear face masks during the flu season, since the CDC was admitting the flu vaccine was not effective.

At that point the person at the CDC hung up, and the next Monday Dr. Benton was presented with a four month severance pay. She states that this was the best “vacation” she could have received at that time, because she spent every day studying about vaccines.

She became obsessed with the topic, since it had already destroyed the health of her three children. She wanted to learn which vaccines were useful and which ones were not.

Dr. Benton finally came to the conclusion that the risks associated with the diseases that were being vaccinated against was not serious enough to risk the side effects of the vaccines.

Watch the entire interview at https://youtu.be/f-17u7y9VaQ