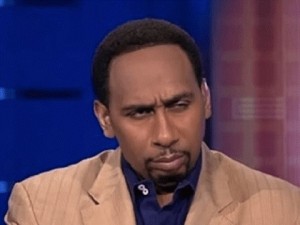 There are a variety of ways, in which businesses judge whether they’re having a successful business day. However, if you’re losing over 15,000 customers a day, that is generally frowned upon.

No doubt, there are many frowns being worn on the faces of ESPN executives after reviewing the October Cable Coverage Estimates. ESPN lost over 15,000 subscribers for every day ending in “y,” during the month of October.

To put that into perspective, that’s the equivalent of losing Sacramento, California, the 35th largest city in the country, in a month. While many would welcome the loss of Sacramento, for a variety of reasons, when discussing losing a city of that size in a ratings context, it’s horrifying.

Of course, ESPN isn’t the only cable sports giant to lose massively among subscribers. FS1 584,000 households in the month of October. Though, it is noteworthy, that FS1’s ESPN-esque decline has coincided with their efforts to repeat the mistakes of ESPN. In October, FS1 brought the Reverend Jesse Jackson on Undisputed, the network’s flagship debate show, featuring Skip Bayless and Shannon Sharpe.

Not surprisingly, Jackson bashed President Trump and used slave references to describe the how players are treated in the NFL. This move, straight out of the ESPN playbook, seemed really odd considering that FS1 has branded themselves as being everything that ESPN is not. However, considering that incident, in addition to the daily drum beat of liberal insanity coming from Shannon Sharpe; and one gets a pretty clear picture of why the network which branded itself as the alternative to ESPN, has suddenly become just like ESPN.

Still, these numbers are particularly disastrous for ESPN. Who, due to its ever shrinking subscriber base, will likely no longer be able to afford Monday Night Football after 2021. That will leave the self-described “Worldwide Leader in Sports,” without any broadcast partnership with the biggest sports league in the land.

Put this together with ESPN’s daily dosage of liberal activism,  their disastrous handling of the Jemele Hill controversy, the Robert Lee fiasco, coupled with the likelihood that NFL games might soon disappear from their network; and it’s very hard to see why anyone will be watching the network in the next few years.

Of course, at the rate in which the NFL is alienating its fan base, there’s every chance that the NFL won’t be the biggest sport in the land in 2021. And that’s fine, ESPN and the NFL deserve each other.