(WNS)–The French government is taking a stand on spanking a year after getting a reprimand from Europe’s top human rights body. In mid-April, the Family Ministry of France issued a 16-page pamphlet on various parenting recommendations, including an insistence that “beating a child has no educative property.” Every expectant French parent will receive a copy of the pamphlet between the fourth and fifth months of pregnancy.

The pamphlet is a step toward compliance with the Council of Europe’s rebuke, but is not the outright ban the council requested—something experts say would not fare well in a country where spanking remains generally acceptable. 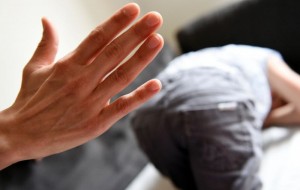 Last March, Europe’s human rights body rebuked France for its lack of legislation on spanking. The council’s ruling, a public shaming with no real penalties, said there was “no sufficiently clear, binding, and precise prohibition of corporal punishment set out in French law.” France is a signatory to the European Social Charter. The 47-member council said France was in violation of Article 17, which guarantees children’s rights, including protection against violence.

French law bans violence against children, but maintains a “right to discipline.” The government is set against criminalizing corporal punishment—French lawmakers have proposed bans on multiple occasions in the past to no avail. Successive polls continue to show French parents overwhelmingly support the right to spank their children. When a legislator tried to pass a ban on spanking in 2009, a TNS-Sofres poll found 82 percent of respondents opposed the bill, and 67 percent said they had given their child a une fessée, or a smack on the bottom, according to The Economist.

Of the 47 countries in the Council of Europe, 27 have spanking bans. Sweden was the first country to ban spanking in 1979.

The complaint against France was originally filed by a British advocacy group, the Association for the Protection of All Children, which wants to end corporeal punishment for children all over the world. In addition to France, the group accused Belgium, Cyprus, the Czech Republic, Ireland, Italy, and Slovenia of violating the charter.

Advocates for a spanking ban argue parents need to be aware of the adverse effects of corporal punishment.

“Our scientific knowledge has become more and more refined and parents should understand the consequences it can have on a little child or a budding adult,” said Cecile Grosjean, an advisor at France’s Family Ministry.

But French parents are not convinced. Dominique Lesieur, a French father of two, said after last year’s rebuke he is “not for it and not against it.”

“A tap on the butt never killed anybody. Red cheeks for a half-hour, and it’s finished,” he said. “A slap in the face is another matter. I’m against it.”